From shortages to unmarketable stocks: when graphics cards are sold "by the kilo Of course, this does not apply to all cards and not everywhere in the world.

When the GeForce RTX 3000 "Ampere" generation was launched in September 2020, few people could have imagined what the computer world would experience: an unprecedented shortage of graphics cards across the board, to the point where models previously priced at just €150 could easily reach twice that price and be snapped up before they were even delivered to the stores. However, some observers had already pointed out in the early summer of 2020 that the demand for GPUs would far outstrip the supply in the middle of a generational transition.

In September 2020, we are only talking about GeForce RTX 3000. NVIDIA is very proud of its success and announces particularly interesting prices for its Founders Edition with, for example, an RTX 3080 charged 719 euros while it offers performance far superior to that of the GeForce RTX 2080 Ti whose cost was around 1 400 euros at its launch less than two years ago. Many users are seduced by NVIDIA's announcements. So are many cryptomineers as currencies like Ethereum reach new heights. Finally, to make matters worse, the Covid-19 crisis has disrupted supply chains disorienting an industry that clearly didn't need it. 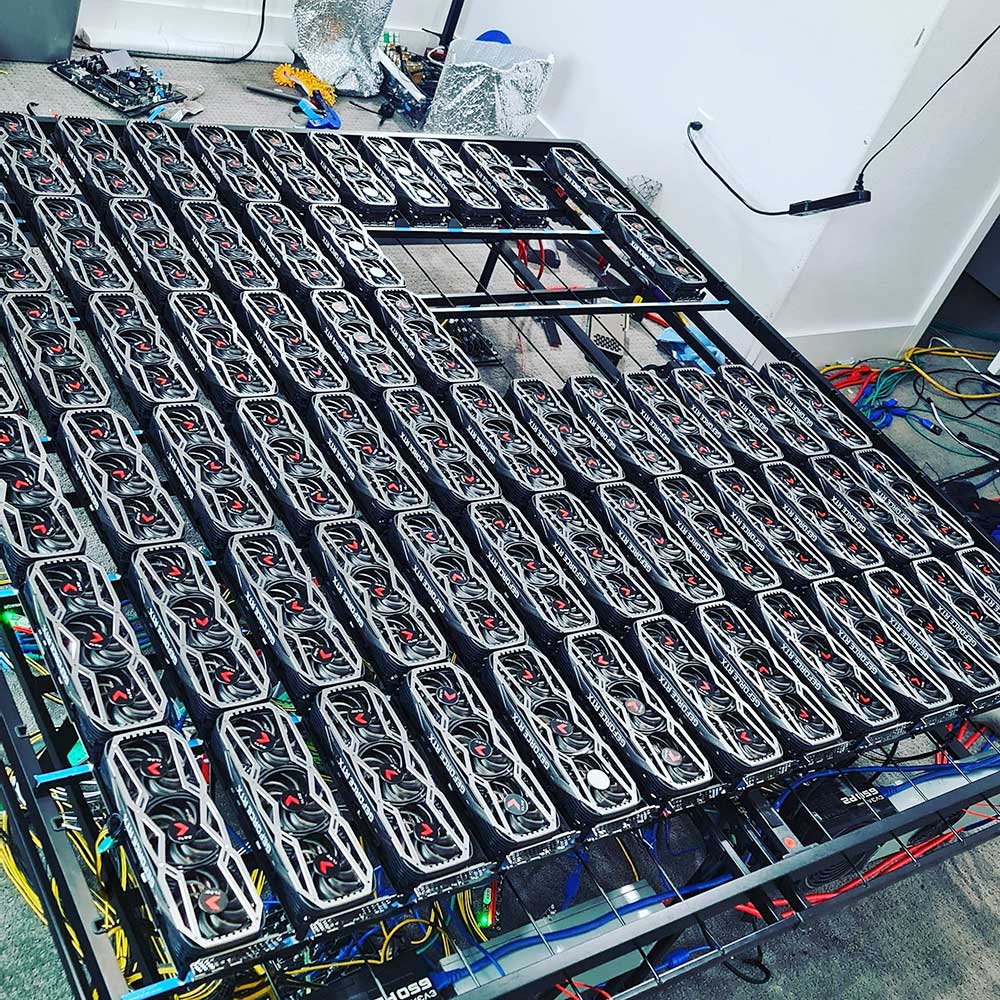 The rest is history, and the GeForce RTX 3000 generation has sometimes been called the "sacrificial generation" because of the complicated availability. The production has been significantly increased, but the demand from cryptomineers is considerable and the usual users all want their "Ampere"... Well, at first. Very quickly, the scarcity of cards makes the price of the few available models soar: as soon as available, as soon as sold while the MSRPs published by NVIDIA and its partners do not mean anything anymore. RTX 3080s are going for more than 1,000 euros, then 1,200 and even 1,500 euros. On sites like eBay, you can regularly find ads for more than 2,000 euros... which seem to find takers.

Born in 2020, the situation has continued throughout 2021 with, however, some rare signs of slowing down from December. Cryptocurrency prices peaked and, within a few weeks, collapsed with currencies losing sometimes 50% of their peak value. Of course, the rigs - the machines built to mine Ethereum for example - were no longer profitable and for many miners, the only solution was to sell the graphics cards that make up the rigs quickly and at knock-down prices.

In a few weeks, at the beginning of 2022, a reversal of the trend was observed. Of course, this does not affect all the countries in the world at the same time and North America or Europe will have to wait before witnessing this reversal of situation, but in countries where crytpomining was well established, we are witnessing massive sales of graphics cards for "cheap". However, this is only the first step. Indeed, a few weeks ago, NVIDIA presented the GeForce RTX 4090, the first model of the future "Ada Lovelace" generation. 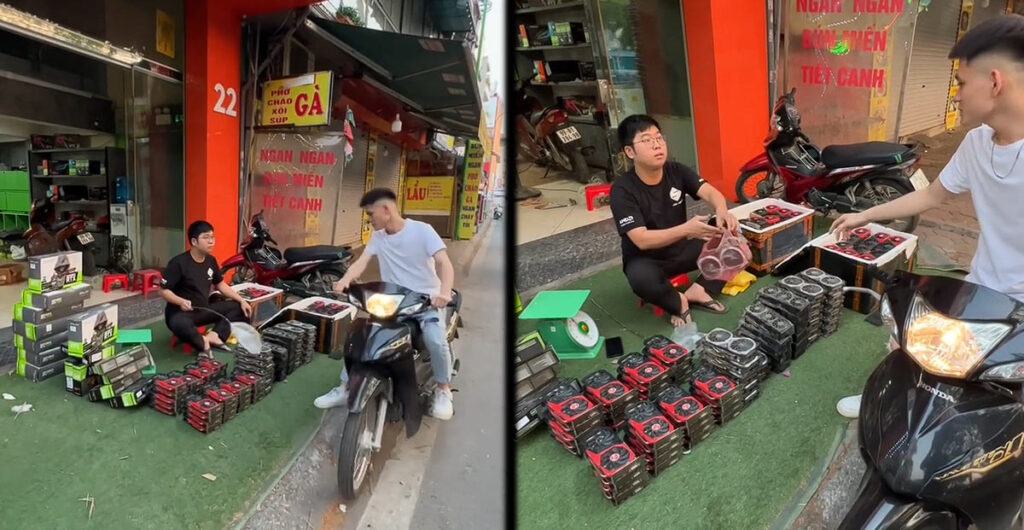 Once again, the performance is amazing and if the very high price of the card reserves it for very wealthy enthusiasts, the rare copies are selling out very quickly. NVIDIA has been criticized for not producing enough RTX 4090s, but it should not be forgotten that such a card is not designed for very large-scale distribution. This role will be given to the RTX 4080 16Gb which should arrive in a few days and, even more, to the future RTX 4060 and RTX 4070 which are only suppositions for the moment.

The fact remains that with the expected arrival of the new GeForce and the future Radeon RX 7000 that AMD is due to unveil shortly, it is difficult to find takers for a GeForce RTX 3000, especially in countries overwhelmed by the sales of cyrptomoney rigs. Tom's Hardware reports on a piece of information that will make many smile: in Vietnam, a certain Lê Thành is amused by the situation the country is experiencing with an overstock of RTX 3000s. In a kind of copy of the food stalls, we can see in pictures a biker coming to buy some cards. The salesman weighs a set of RTX, places them in a small bag and hands them to the buyer, who has therefore bought a GPU "by the kilo".

While the pictures are more of a parody than a real situation, it is clear that the graphics card market is "churning in the other direction". The cryptomining rigs assembly has caused an upheaval in the market with a drying up of supplies. Today, it carried out the same thing "in the other direction" while the dismantling of the same rigs also turns a little ridiculous. So let's hope that the graphics card market finally manages to find a semblance of serenity with the upcoming generations from AMD and NVIDIA.