A video game chair that changes clearly from the usual bucket seats that all brands offer.

Well-known brand in the world of office furniture, Herman Miller is specialized in the so-called "ergonomic" equipment. The idea is to protect as much as possible the health of the users, while it is well known that the prolonged sitting posture is very bad for the organism, especially for the back. In order to reach a wider public, Herman Miller has been working on the issue of video games through a first partnership with Logitech. In 2020, we saw the Embody, which was essentially based on a model already in Herman Miller's catalog, and they simply tried to adapt it to video games.

Despite a particularly high price - more than 1,300 or even more than 1,500 euros - the Embody seems to have been quite successful. Enough, in any case, for Herman Miller to extend its cooperation with Logitech and even move on. The two partners have just published a press release to present their new creation, the Vantum. The main difference with the Embody is that this time it's a chair that has been designed from the start with video games in mind. 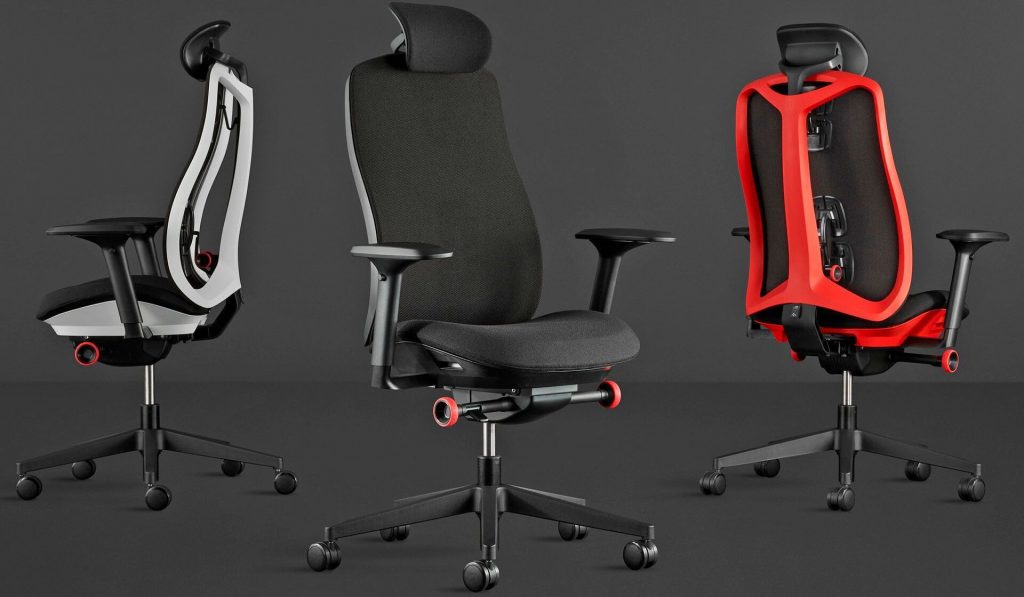 Herman Miller and Logitech emphasize their willingness to start from scratch to design and develop the Vantum, which should benefit from the skills of both companies. As Jon Campbell, General Manager of Gaming at Herman Miller, explains, " The Vantum is our response to a community that has been asking for more from our partnership. It promises advanced ergonomics, unmatched quality and the same appeal as the Embody with more color choices and a more affordable price point." A response that comes in three colors: Obsidian black, Flare red and Polar white.

The Vantum is a resolutely ergonomic product, and we find some of the most striking points of the Herman Miller chairs with, notably, this extended reinforcement at the level of the spine. The press release issued by both companies emphasizes the " neutral forward tilted position of the Vantum " as well as the support "for the upper back, neck and head " before concluding by stating that the use of the PostureFit system ensures a good position of the entire spine.

Unfortunately, if Herman Miller makes a small effort, the Vantum remains a high-end product and to reach this level of technical requirement, one must invest. This is reflected in the price of the product, which can be found at exactly 1,277 euros on the manufacturer's official website. A price that will exclude a lot of players, but it must be seen as an investment on its health and on the long term. Herman Miller has confidence in his product since he guarantees it for 12 years. What's the best way to make the pill go down?