Many times mentioned by Intel, the Xe Super Sampling is now a reality.

In the midst of a revival in the graphics card market, Intel intends to take care of both the hardware and software aspects. For the former, it has already announced four generations of graphics processors to make investors, competitors and potential buyers understand that its comeback is not a flash in the pan: while the Arc generation is on track, it will then launch the Battlemage (2023-2024), Celestial (2024-2025) and Druid (2025-2026) generations.

On the software side, it obviously intends to offer successful graphics drivers, but it is mainly through functionality that it intends to compete with the two heavyweights of the sector, AMD and NVIDIA. Indeed, the latter has recently made a point of popularizing high definition even among gamers with mid-range GPUs. To do this, it has developed the Deep Learning Super Sampling (DLSS) solution or super-sampling assisted by artificial intelligence. The idea is to let the artificial intelligence refine the images calculated by the GPU: in theory, we benefit from a relatively fast rendering since the GPU does not have to calculate in 4K, for example, but "only" in 2560 x 1440 while the AI takes care of ensuring that the image quality is not degraded.

The progress made with each version convinced AMD that it had to offer a similar tool - it's done with the FidelityFX Super Resolution - and Intel was quick to follow suit. At the developer of Arc graphics cards, the solution is called XeSS for Xe Super Sampling, but it is based on the same principle. Unlike NVIDIA, the tool is like that of AMD open to all platforms and it is not necessary to have an Intel graphics card to test it. 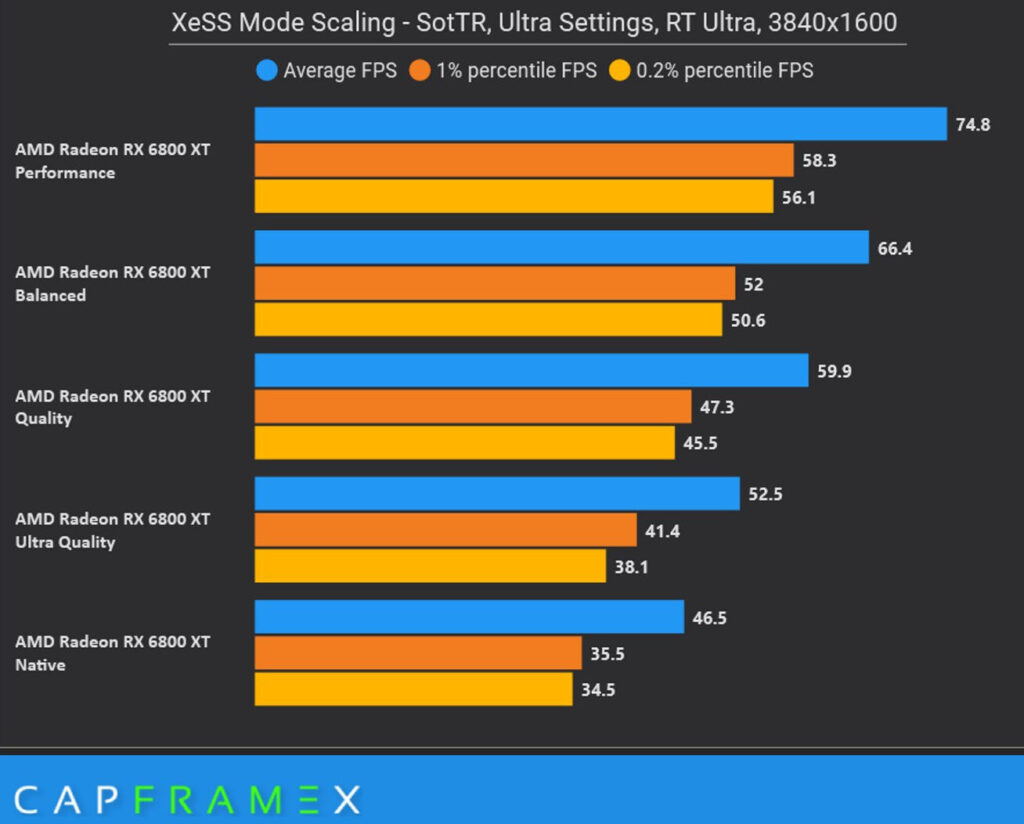 This is what CapFrameX has done as a first game has just been updated to exploit the XeSS. This game is Shadow of the Tomb Raider and according to CapFrameX, XeSS is a very capable process. There are several display modes available, but compared to the native game, the "performance" mode boosts the animation speed by about 60%. It will obviously be interesting to see this applied to more recent games.