Direct Drive technology is not comparable to what the most popular manufacturers have been offering until now, but it is also very expensive.

In the world of racing games, there are several schools. The beginners or fans of arcade-like sensations who often swear by the controller. The "drivers" who are more interested in simulation and who generally turn to a steering wheel and its indispensable pedal board. Finally, the "computer-assisted" simulation purists who are generally looking for the ultimate in order to reproduce as closely as possible the sensations of on-track competition. 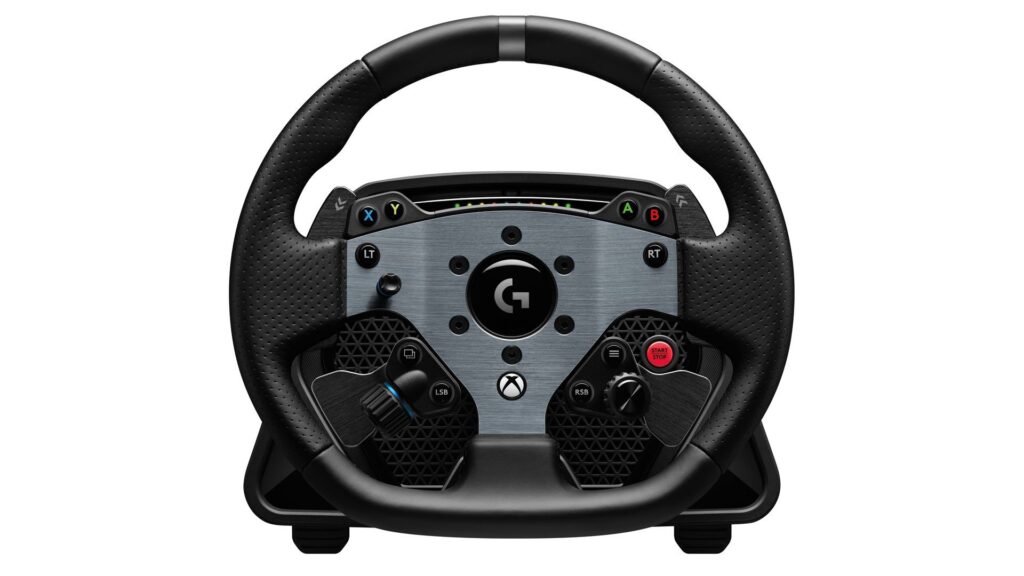 Depending on their budget, players in the second category could be satisfied with a small model costing around 100 to 150 euros, or they could go as far as the best products from manufacturers such as Logitech or Thrustmaster - the most prominent ones - and come close to a total expenditure of 500 to 600 euros. However, nothing compares to what purists in the third category can spend. For them, the only technology worth considering is the Direct Drive. Problem is, it's expensive and still quite confidential.

To put it simply, the Direct Drive technology does without any gears or transmission belts. The idea is to put the motor and the flywheel in direct interaction - hence the name - by means of what is called a "direct drive". In such conditions, placed on the motor's output axis, the steering wheel is more precise and the power returned to the user is much greater. Logitech has finally decided to turn to this technology and, for the first time, a Direct Drive steering wheel is widely featured. Even Fanatec, a well-known brand among specialists, does not have the same reach as a manufacturer like Logitech. 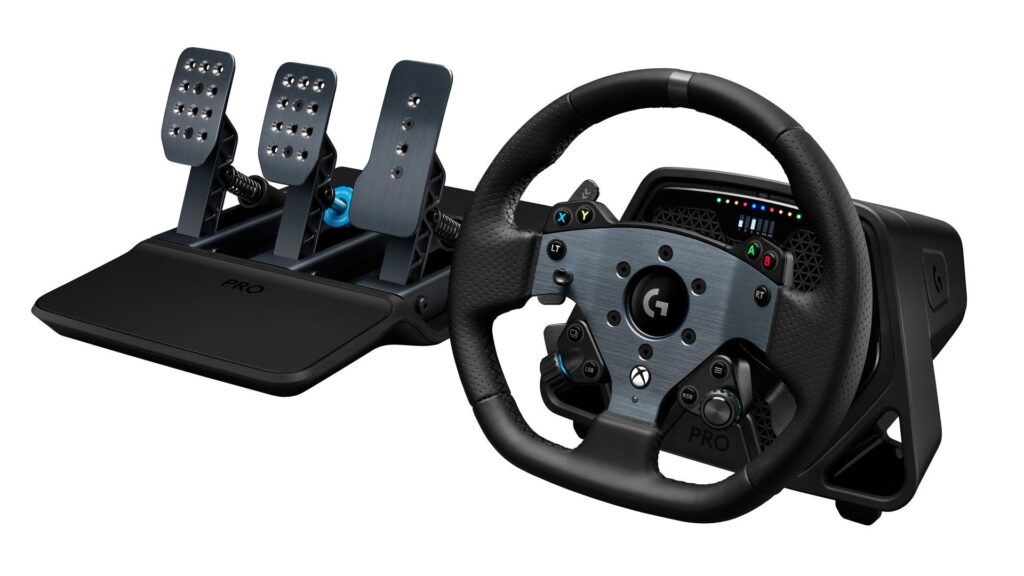 To capitalize on its past successes, Logitech is combining Direct Drive with its in-house technology - TrueForce - which offers more precise feedback to aspiring drivers. This combination is at the heart of the PRO Racing Wheel, a wheel that the manufacturer is now distributing in two versions: the first is compatible with PC, Xbox One and Xbox Series X|S while the other is planned for PC, PlayStation 4 and PlayStation 5. In addition to the two technologies already mentioned, the wheel improves the ergonomics of the controls with optimal placement. It also features dual-clutch paddles for " better launch from the starting gate," but they can be configured as throttle and brake to have only steering wheel controls.

However, a pedal switch still comes with the steering wheel. A quality model that is distinguished by the presence of a " realistic load cell brake "(load cell). The pedals register the force applied by the rider for a better feel and Logitech has reintroduced the system of adjusting the firmness of the pedals using springs. All this, unfortunately, has a cost - a high one - and if the steering wheel block already costs a whopping 1,099 euros, you'll have to add another 389 euros for the pedal board. The price of quality? Let's hope so!