Considering its power, but also its supposed price, this solution is not really comparable to the Raspberry Pi, whose extremely compact format it actually only adopts.

In computer jargon, a single-board computer is an integrated solution. On one and the same printed circuit board, which thus acts as a motherboard ++, are effectively all that is necessary to achieve a complete computer. Logically, there is a central processor, sometimes associated with different coprocessors, but also the necessary amount of RAM, I/O lines and, in some cases, other features such as a network controller, Wi-Fi and Bluetooth.. 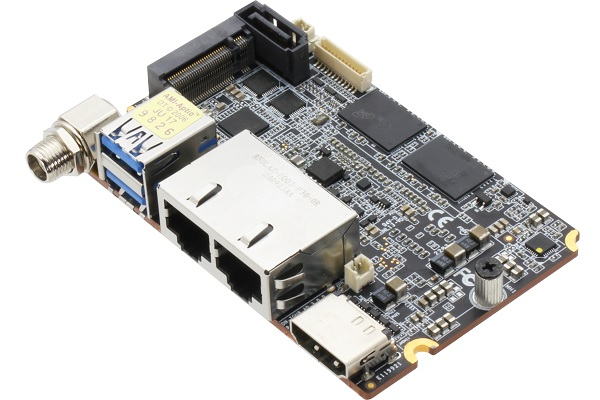 By far the most famous of these single-board computers, the Raspberry Pi is not the only representative and this category of machines tends to gain more and more followers, more and more suppliers. Among the latter, we find AAEON, a subsidiary of the ASUS company, specialized in these ultra-compact printed circuits. Its latest creation, conforms to the format used for the Raspberry Pi, that is to say a PCB of 84 x 55 millimeters, so more or less the size of a credit card. 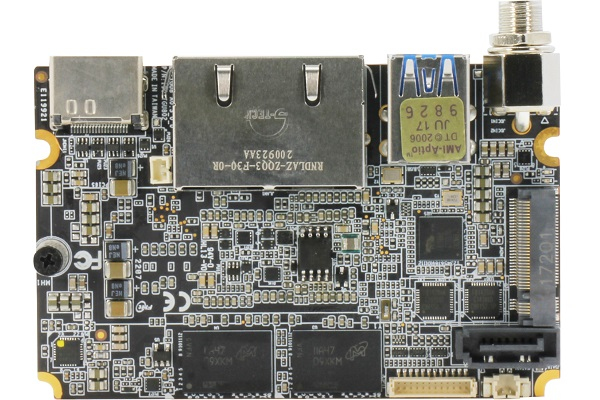 Called "de next-TGU8", this motherboard has however a very different objective than the Raspberry Pi, whose main interest is to make computing accessible to the greatest number of people thanks to a particularly low entry ticket. We don't have the price of this next-TGU8, but you will quickly understand that it is not in the same category. Indeed, AAEON is proud to announce that its card is the first to integrate an Intel Core type processor in such a compact format. So, instead of the AMR CPU of the Raspberry Pi, you can choose between a Core i7-1185G7E (4 cores/8 threads, 1.8 GHz and up to 4.4 GHz), a Core i5-1145G7E (4c/8t, 1.5/4.1 GHz) or a Core i3-1115G4E (2c/4t, 2.2/3.9 GHz). 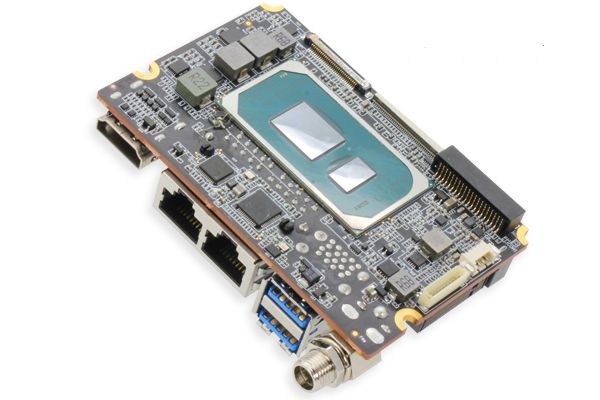 Even if we limit ourselves to the Core i3-1115G4E, the performance of the next-TGU8 will have nothing to do with what a Raspberry Pi can offer. AAEON also specifies that to support the 11th generation Intel CPU, it has opted for 16 GB of LPDDR4X on the RAM side and an M.2 2280 connector for storage. In addition to a PCIe 3.0 x4 connector thanks to the availability of a riser (remote connector), the AAEON solution also has a Wi-Fi / 4G module, two RJ45 1 GbE ports, two USB 3.2 Gen 2, four USB 2.0 and two display ports (1x eDP, 1x HDMI 1.4b). A real power monster that already has its own product page on theAAEON website, waiting for an availability date.