"Raptor Lake": the 13th generation of Intel processors could be released mid-October The information is not yet official, but the clues are strong enough to believe in this "shooting window".

At the time of the first announcements concerning its 12th generation of processors, Intel had mentioned its plans for the future. Even before the release of the Alder Lake chips - effective in the fall of 2021 - we knew that Intel had several generations in the pipeline to "occupy the field" over several years in a very rhythmic way. At the time, the 13th generation (Raptor Lake) was scheduled to be released in the fall of 2022, followed by the 14th (Meteor Lake) a year later. Intel even announced the 15th (Arrow Lake) and 16th (Lunar Lake) generations for 2024-2025 and 2025+ respectively. 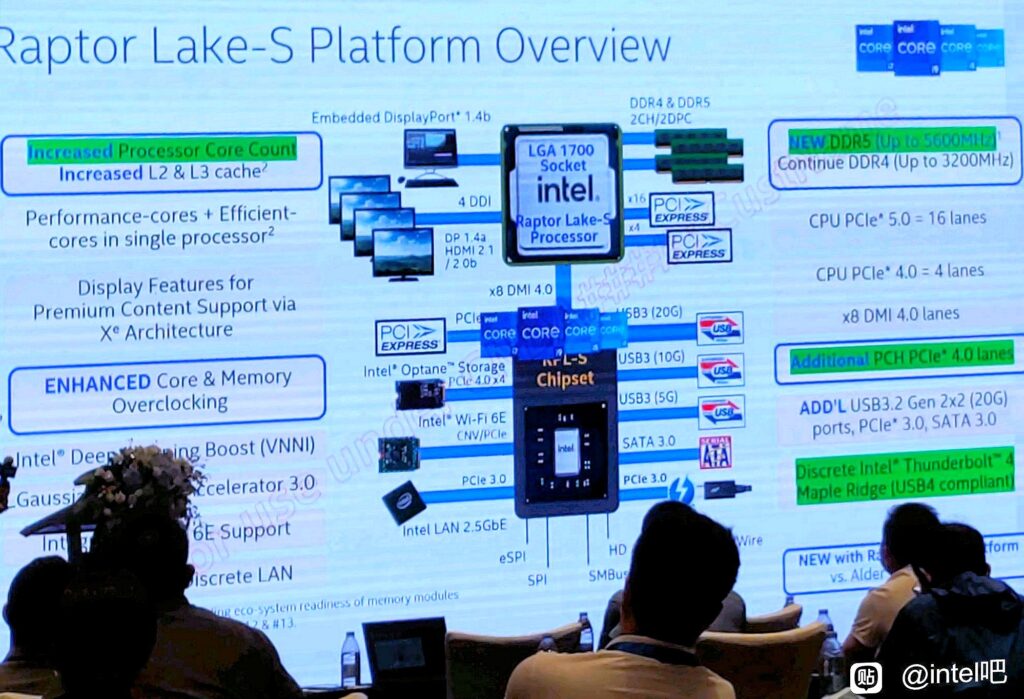 We are obviously not yet at Lunar Lake, but we now have more and more precise clues to confirm that Raptor Lake will be part of the game before the end of the year 2022. Everything leads us to believe that Intel will be able to keep its schedule. WCCFTech relays an information according to which the 13th generation processors will be launched in mid-October 2022, so a little less than a year after Alder Lake. A release that the American giant would have planned in two stages, as is often the case in the semiconductor industry.

At the Intel Innovation event on September 27-28, there will be an official presentation that will reveal the latest details about the Raptor Lake processors, but also the Z690 chipset and the associated motherboards. Without doubt, the processors presented would be limited to the only range that Intel has planned to release in the wake: the 'K' and 'KF' processors, in other words the most powerful in its catalog. In a second time, Intel would effectively market these different products. There is talk of a three week delay for an official release around mid-October.

Until the end of 2022, the Core i9-13900K / KF, Core i7-13700K / KF and Core i5-13600K / KF should be the only representatives of this 13th generation. We will then have to wait for the CES 2023 in Las Vegas, in January, to see Intel lift the veil on the rest of the Raptor Lake catalog. This new phase should also be the occasion to reveal the complementary chipsets designed for more affordable motherboards, H770 and B760.