In a few weeks, Intel should officially present its new range of processors for desktop PCs and, subsequently, for laptops.

13th generation of Intel processors, the Raptor Lake range will soon succeed Alder Lake that the American manufacturer presented last fall before a marketing that is spread between the fall 2021 and spring 2022 depending on the series. Alder Lake will have allowed Intel to restore its reputation and imposing itself against the Ryzen 5000 series of AMD, which have been winning awards for nearly two years. Raptor Lake should logically capitalize on these successes, while we are obviously waiting for the answer - in the form of the Ryzen 7000 series - from the long-time competitor. 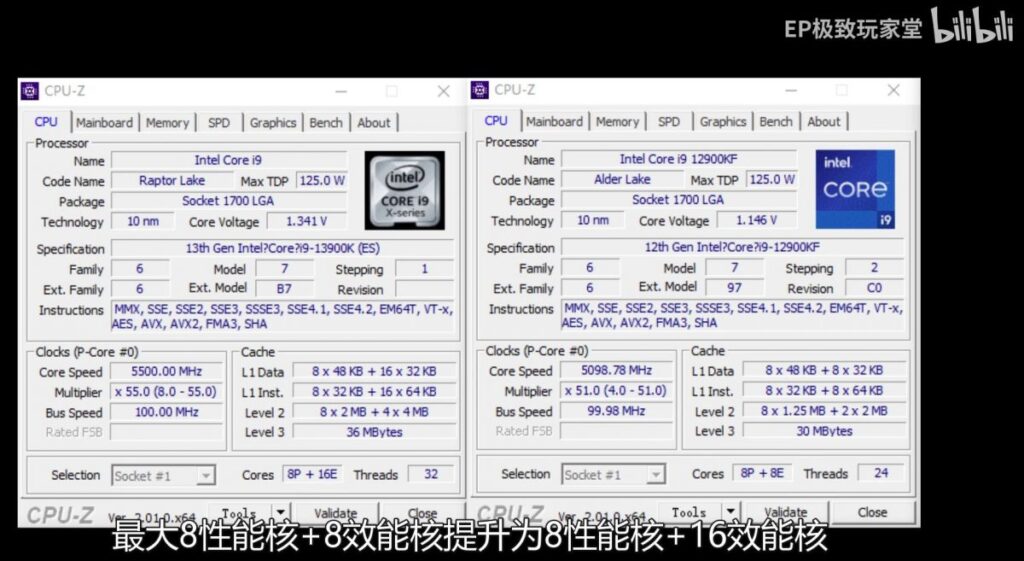 If Intel has already made an appointment with all the journalists, observers, analysts and enthusiasts in the world, on September 27 and 28, Chinese users were able to get their hands on a Core i9-13900K - the most powerful of the future range - through what is called in the industry an engineering sample. In other words, it is not quite a final version of the processor and these pre-releases are used to validate the various stages of development. In this case, we are talking about a qualification sample 3, so a very advanced stage and probably very close to the final product.

Relayed by Tom's Hardware, the first test of this qualification sample 3 of a Core i9-13900K was carried out by ExtremePlayer, which used an ASUS ROG Z690 Extreme motherboard with DDR5 6 400 MT/s and a GeForce RTX 3060 Ti graphics card to run the chip. The power supply chosen was a 1,500W block and a Thermalright AIO Frozen Magic 360 was in charge of cooling a processor with a boost frequency of up to 5.7GHz knowing that we are talking about 24 cores and 32 threads as well as power limits of 125W and 250W. 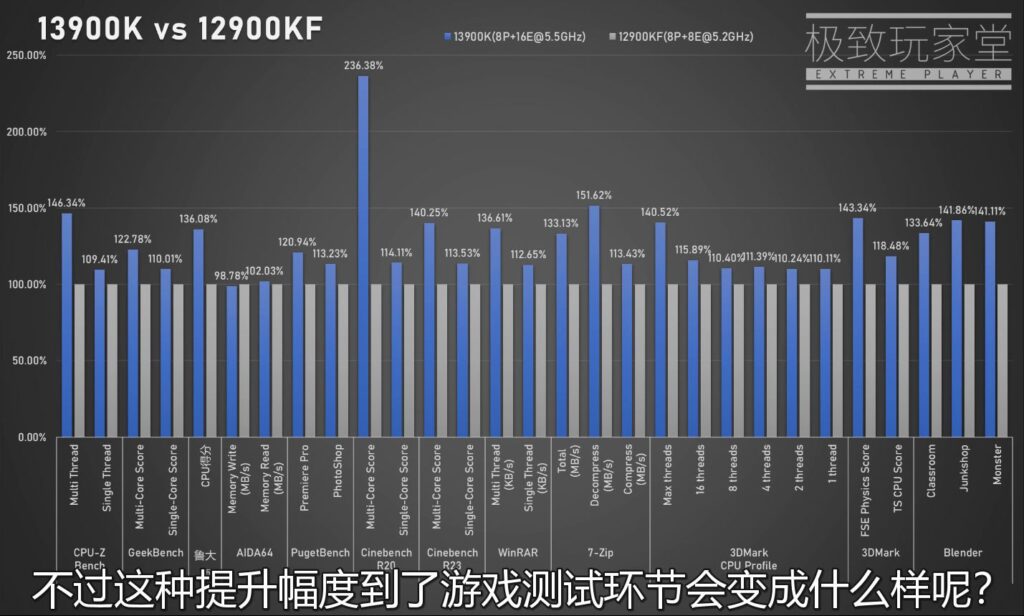 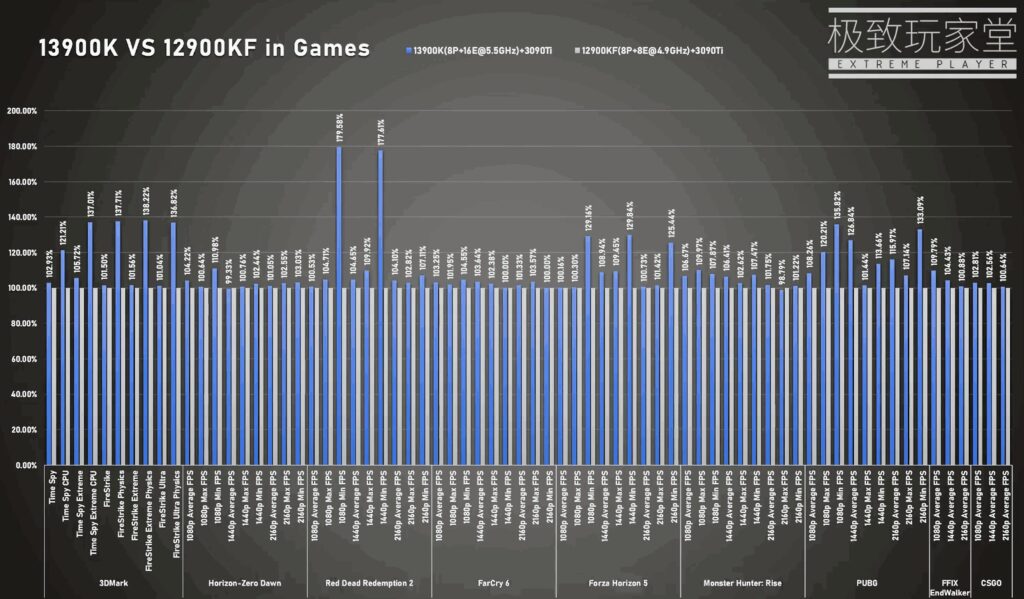 On the application tests, it is interesting to note that the Core i9-13900K offered clear gains against multi-threaded tools since we are talking about 35% better on average with a peak at 46.34% on CPU-Z. On the other hand, the results are not as good in single-threaded tests, where the gains are limited to an average of 10%. On the gaming side, the Core i9-13900K also performs better than the Core i9-12900KF, but the gains are even more limited: this time it is barely 5% better and it is especially on the stability of the fluidity of the animation that the progress is most noticeable. 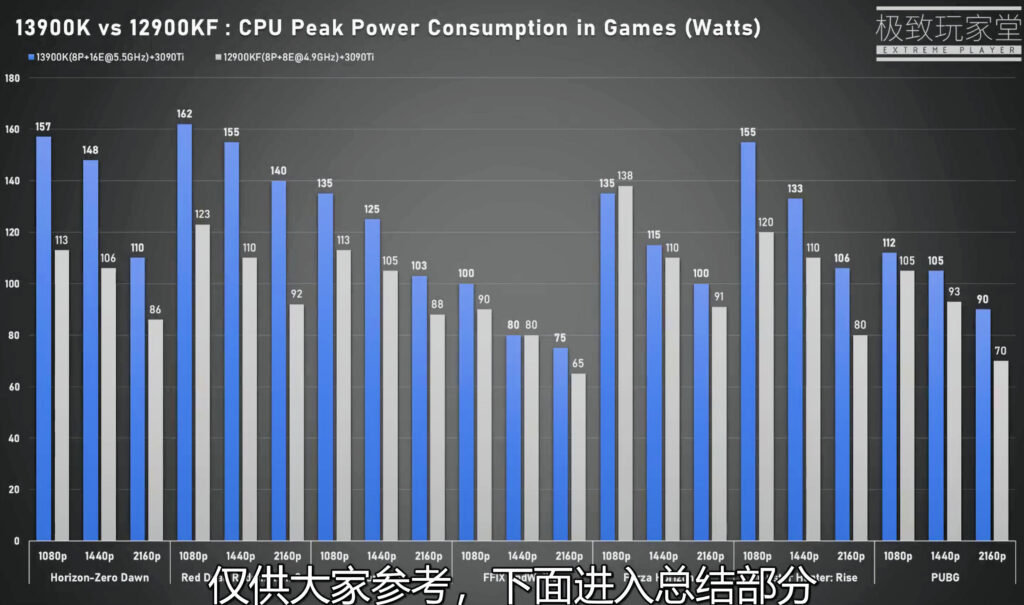 Let's finish by mentioning a point that may make some people cringe. Indeed, to achieve this low level of performance improvement in video games, the Core i9-13900K is forced to significantly increase its power consumption. We are talking about a peak power consumption exceeding 160W when the Core i9-12900KF did not reach 140W. Let's keep in mind, however, that this was not a final processor and that on the motherboard BIOS side, many optimizations are still possible.