GDP Win Max 2: halfway between a Steam Deck and a laptop It is an understatement to say that the release of the Steam Deck has given a boost to small hybrid machines that allow you to take your PC library everywhere with you.

Manufacturers like AYANEO or AOKZOE have decided to build on the success of the Steam Deck. The machine designed by Valve looks like a Nintendo Switch, but it offers a compact way to connect to your Steam account and enjoy the games associated with it on vacation, on the train, on the weekend, on the plane... or even in the bathroom. But while the Steam Deck looks like a console, which is why AYANEO and AOKZOE have taken it over, GPD prefers to offer us a product that is closer to a laptop computer. 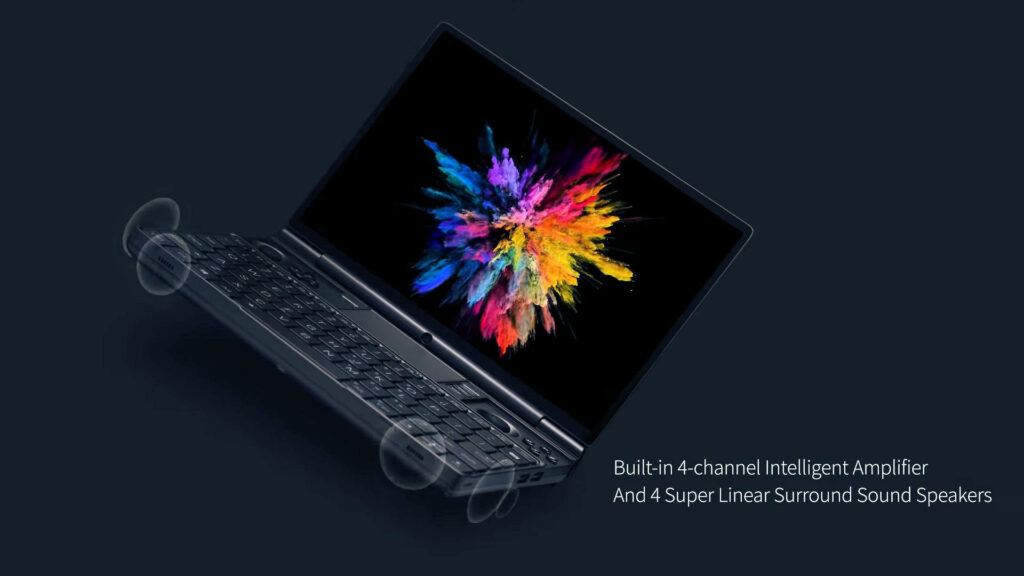 GPD is not at its first attempt and while others are trying to reproduce Valve's success, the manufacturer tries to distinguish itself. Its latest machine has not yet been released, but the Win Max 2 should soon benefit from a participatory financing campaign on the Indiegogo platform. It will then be possible to opt for one of the five versions imagined by GPD: four are based on an AMD architecture (Ryzen 7 6800U) while one turns to Intel (Core i5-1260P). Regardless of the platform, the memory can be between 16 GB and 32 GB, while on the SSD side, the choice is between a 128 GB model, a 1 TB and a 2 TB. Prices will range from $899 to $1299 during the Indiegogo campaign, but then there will be a small surcharge.

In terms of design, the Win Max 2 looks like a laptop with particularly small dimensions. It measures 227 x 160 millimeters and has a 10.1-inch screen with a maximum resolution of 1600p. Of course, compared to the Steam Deck, the Win Max 2 is also distinguished by the presence of a real keyboard (exclusively QWERTY) and a trackpad. Of course, using an operating system like Windows will be easier.

However, GPD has the idea of making its Win Max 2 a real gaming machine that should not envy the Steam Deck. To do this, the manufacturer is obviously counting on the power of the Core i5-1260P and the Ryzen 7 6800U, but also on the integration of a real gamepad on the sides of the trackpad. The idea is interesting, especially since GPD has provided two small covers to hide the gameplay and two slots to store these covers and avoid losing them when playing. An expensive machine that could however find its audience thanks to an impressive equipment: three USB-A 3.2 ports, a USB-C 3.2 port, a USB-C 4 port, an SD card reader, another for microSD cards and, finally, an optional 4G LTE modem. 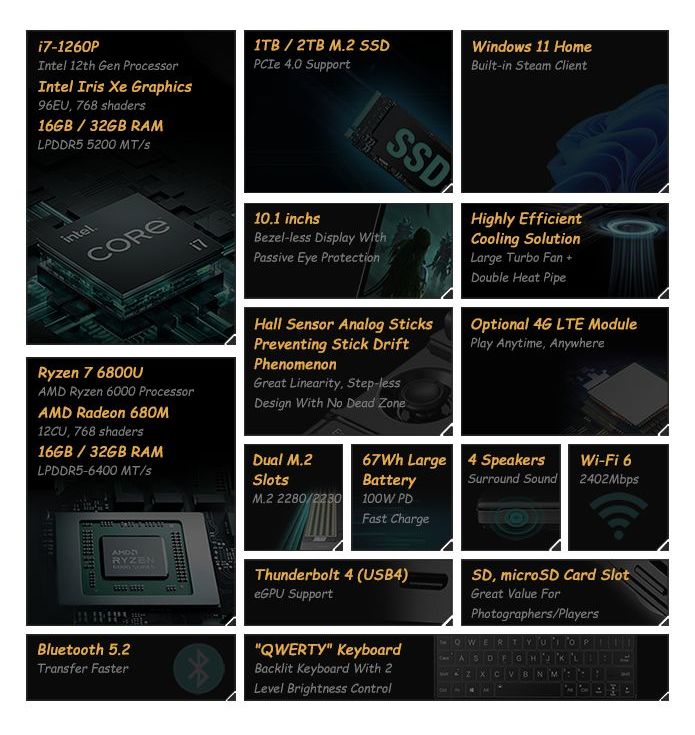