The latest addition to the NVIDIA lineup, the GeForce GTX 1630 is less powerful than a Radeon RX 6400 With the RTX 4000 generation - "Ada Lovelace" - about to be released, NVIDIA is launching a new graphics card from the previous generation.

The GeForce GTX 1630, which has been mentioned several times in the last few weeks, is not even a graphics card based on the "Ampere" architecture. Its GPU - the TU117-150 - is a model based on the previous "Turing" architecture. Logically, we should obviously not look for a power monster with this GTX 1630 that the American company is releasing today mainly to put antediluvian cards like the GeForce GT 710 and GT 1030 in the closet. 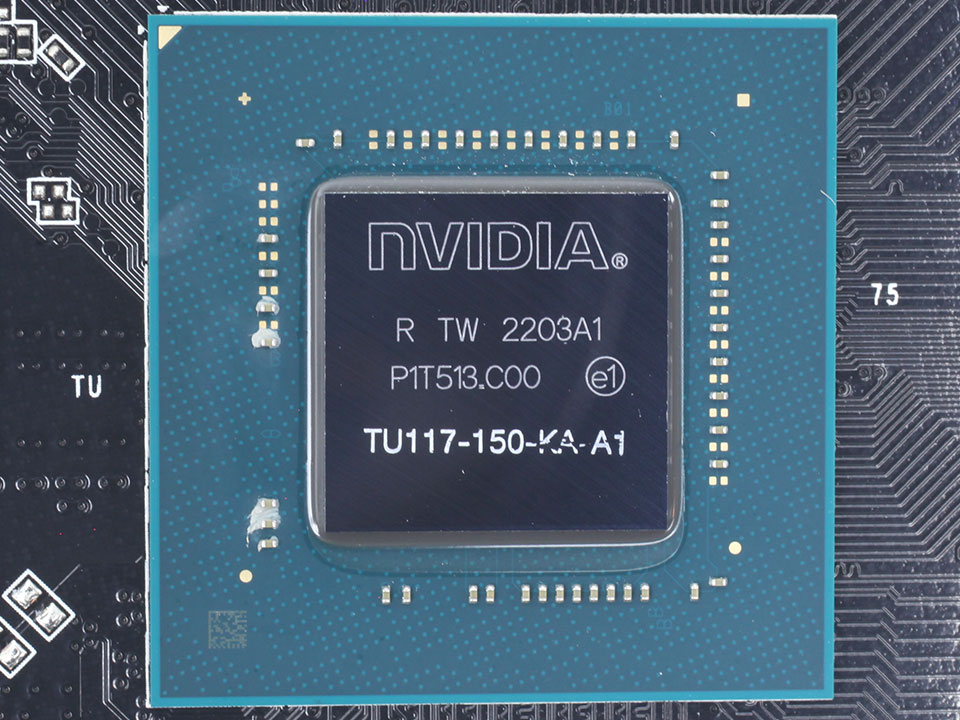 As you can imagine, this is not the kind of ambition that video game enthusiasts are going to enjoy: the GTX 1630 is not designed to run games like Cyberpunk 2077 or Elden Ring. In fact, it's not even intended to run older titles like The Witcher 3 - Wild Hunt or Shadow of the Tomb Raider. The TU117-150 GPU actually makes do with 512 CUDA cores, 16 ROP units and its operating frequency caps at 1.785 GHz when boost is enabled. Finally, its 4 GB of GDDR6 video memory has a 64-bit interface like its competitor, the AMD Radeon RX 6400. It is also very limited in terms of video games, but the latter is actually much more powerful.

Our colleagues at TechPowerUp have obtained a GTX 1630 model, the Ghost, from Gainward. In a few pages, they break it down and put it through a few tests that aren't all restful for a card that wasn't asking for much. We invite you to read the whole file, but know that from these tests, we can clearly see that even the Radeon RX 6400 clearly exceeds it. On a game like F1 2021 in Full HD, the AMD card is about 50% faster and the GeForce GTX 1630 is not even able to keep an average of 40 frames per second.

On Cyberpunk 2077 the results are overwhelming and the GeForce GTX 1630 this time doesn't even reach the 15fps average. You can understand that such games are obviously impractical. Fortunately, the card has a few trump cards to show off, starting with an interesting set of connections consisting of two DisplayPort 1.4 sockets and an HDMI 2.0b. The "Turing" architecture means that the video decoder is also much stronger than the one on the GeForce GT 1030 that it replaces. Unfortunately, NVIDIA has not been able to reduce its power consumption, which remains at the level of a Radeon RX 6400 (~49 Watts), so it will have to be found at a particularly low price for it to be interesting.