New processors that should not arrive before next fall.

At the opening of Computex 2022 in Taipei, AMD confirmed the rumors by revealing its plans for the renewal of the desktop processor. After the Zen microarchitectures (2016), Zen + (2018), Zen 2 (2019) and Zen 3 (2020), it is the Zen 4 microarchitecture that was presented by Lisa Su, CEO of AMD, during a keynote that, unfortunately, did not provide much new information for those who followed the latest rumors. 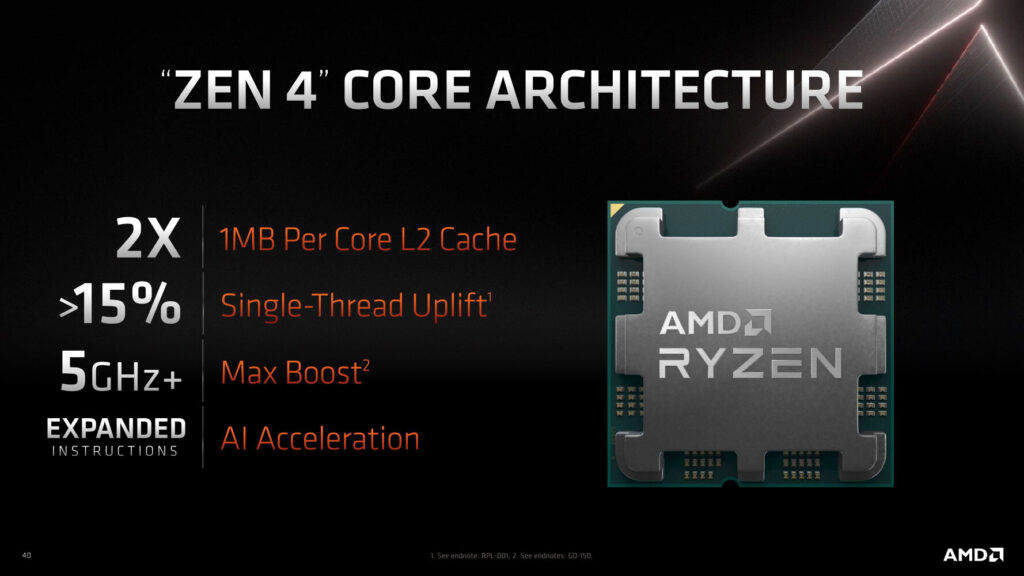 The Zen 4 microarchitecture will be integrated into the new generation of Ryzen processors, the 7000 series. It will be the occasion to introduce a new engraving process, the TSMC 5 nm which will be combined with the TSMC 6 nm given the multi-chip nature of Ryzen. Indeed, the 7000 series processors will be composed of two Zen 4 CCDs and a controller core in charge of inputs / outputs. The first will be engraved in 5 nm by TSMC while the second will remain in 6 nm. 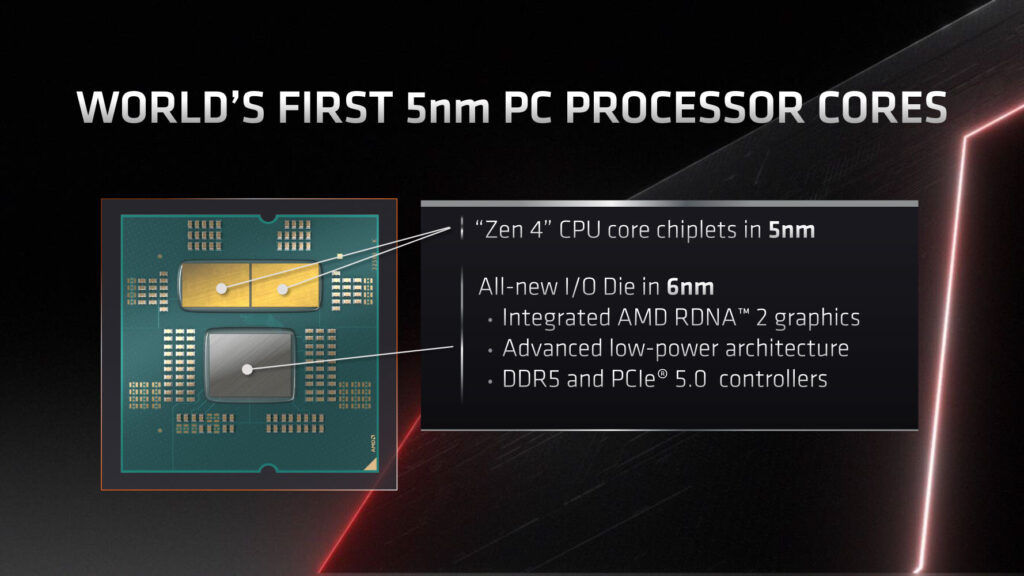 The Ryzen 7000 will also be the opportunity for AMD to trade the aging AM4 platform for the AM5 which will result in the introduction of a new socket called LGA or Land Grid Array. Like Intel, this means that the pins are no longer on the processor, but on the socket of the motherboard. The Ryzen 7000 will also be the opportunity to double the amount of L2 cache integrated into the processor (1 MB against 512 KB on the previous generation) and Lisa Su boasted the significant increase in maximum frequencies, evoking more than 5.5 GHz. 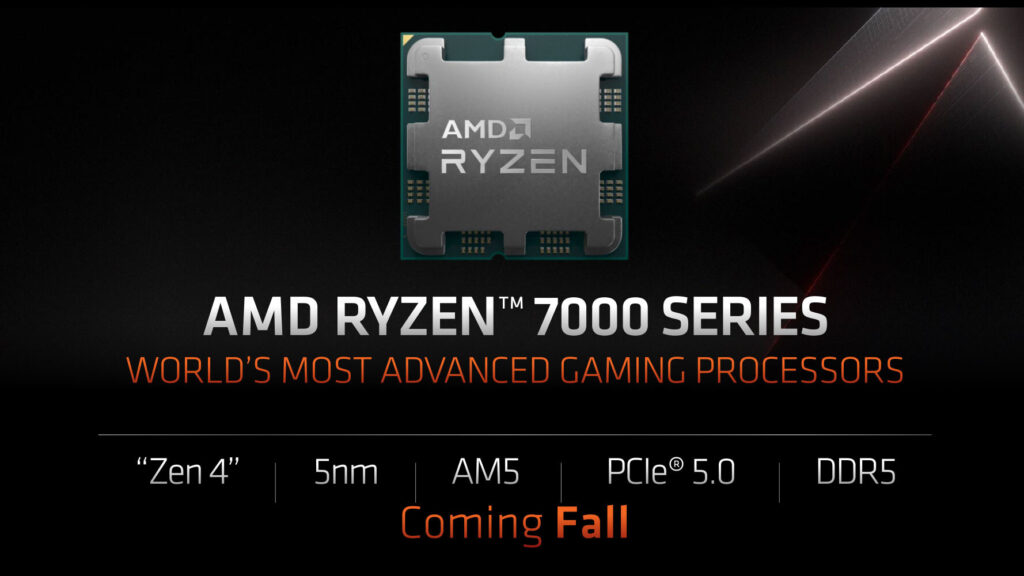 AMD also takes advantage of this generational change to catch up with Intel on certain technologies such as support for DDR5 RAM or PCI Express 5.0, while virtually all processors in the new range should have an integrated graphics solution of the RDNA 2 type. No doubt that AMD is preparing to strike a blow, even if we'll have to wait until the fall to find out for sure.