Powered by a new AMD Ryzen 6800U processor, it promises remarkable performance.

AYANEO is a Chinese company well known to console / PC hybrid enthusiasts. Long before Valve's SteamDeck became a reality, it had already released several models of machines built around AMD solutions and it is about to do it again with the AYANEO2. The console promises to outperform all machines of this type released in recent months thanks to the use of the latest generation - Rembrandt - of APUs signed by AMD.

Rembrandt is the code name used by AMD for its Ryzen 6000 series which are built around the Zen 3+ CPU architecture and the RDNA 2 GPU architecture. A mix that we already found on the chip specially designed by AMD for Valve, but which should go a little further here. Indeed, the Ryzen 7 68000U put forward by AYANEO has 8 cores and 16 threads with frequencies up to 4.7 GHz, which is 300 MHz more than on the previous generation of AYANEO, the Next. 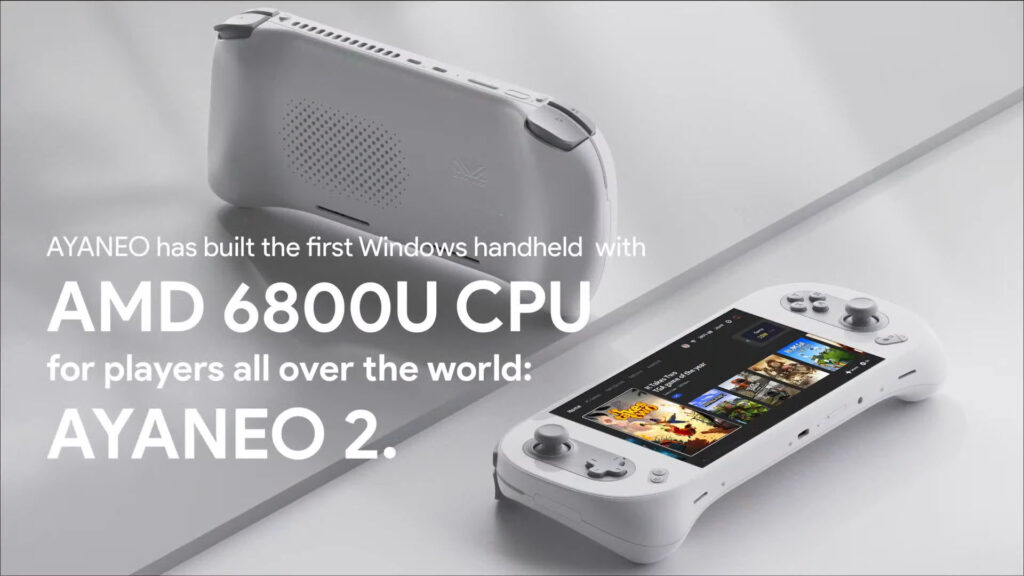 Compared to the SteamDeck, it is mainly the graphics aspect of things that should progress. We are talking about the integration of a Radeon 680M with 12 compute units, which is 50% more than on the SteamDeck. Similarly, the operating frequencies of this graphics solution can reach 2.2 GHz, or 600 MHz more than on the Valve machine. All in all, we're talking about an iGPU capable of developing 3.38 TeraFLOPS when the solution embedded on the SteamDeck is limited to 1.6 TeraFLOPS. The boss of AYANEO estimates that his machine is as powerful as a GeForce GTX 1050 Ti.

The question of the autonomy of the AYANEO2 will inevitably arise with such a muscular configuration, but the onboard APU can operate from 15 to 28 Watts allowing to save battery when the needs are less important. Several games were presented by the company on the AYANEO2: Metro Exodus, Cyberpunk 2077, The Witcher 3, Elden Ring... The definition of the screen limited to 1280 x 800 as on the SteamDeck allows to have something fluid even on greedy games. The AYANEO2 is announced for the end of the year, but no precise date and especially no price have been announced.