The release of the next AMD Ryzen 6000 could well mark a remarkable evolution.

Generally speaking, and this has been the case for years, the processor is at the heart of our PC and the graphics card is a "plus" that we care about, especially if we are a gamer or a content creator. For the average user, any entry-level graphics card is good enough and there is no need to spend more than 100 - 150 euros on this component. Aware of this, AMD and Intel have developed APUs - accelerated processing units - whose objective is to integrate the graphics solution into the processor to simplify the design of the PC.

At Intel, APUs were never called that because the onboard graphics power - the iGPU - is not powerful enough. It is capable of running Windows of course and even some small games, but nothing solid. On the other hand, AMD takes APUs very seriously and the release of the Ryzen Pro 4000 and the Ryzen 5000G are two striking examples. By combining the Zen 2 (Ryzen Pro 4000) and Zen 3 (Ryzen 5000G) CPU architectures with the Vega graphics solution, AMD offers something viable, even for gaming enthusiasts. Of course, there are significant concessions to be made, though, and a Cyberpunk 2077 is unable to run properly here. 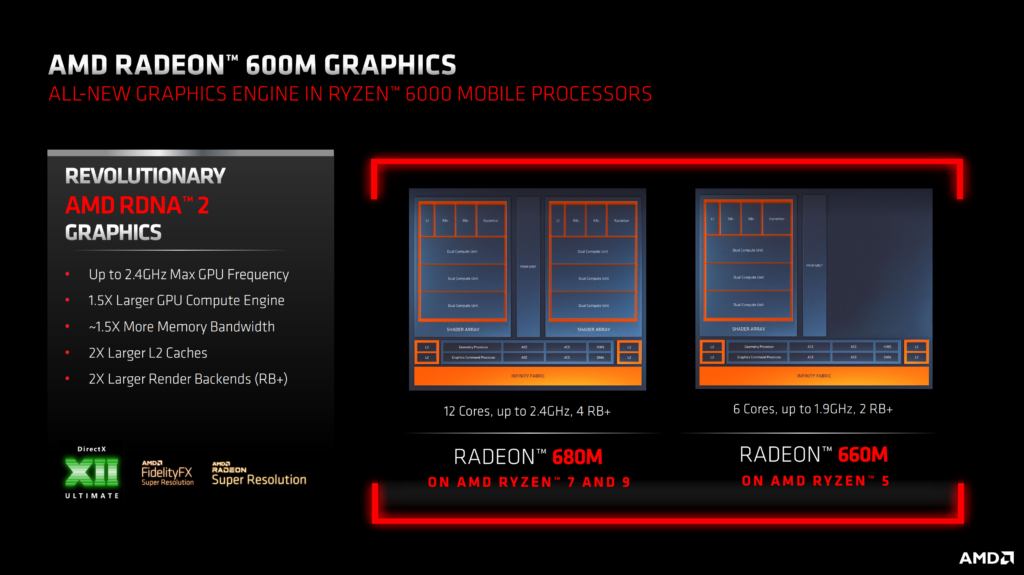 AMD's next-generation APU, however, could change the game even more. Called Phoenix, these APUs are also called Ryzen 6000. They are designed around the next generation of CPU cores, the Zen 4, and should especially benefit from a clear improvement of their graphics solution. Finally, it would be for AMD to integrate RDNA 2 to these APU. Some sources even mention RDNA 3, but we are entitled to doubt insofar as RDNA 3 is not yet available on the dedicated graphics cards of the American.

Nevertheless, even "limited" to RDNA 2, Phoenix APUs should be able to considerably increase the power on board, especially since we are talking about the integration of 16 or even 24 computing units for an excellent graphics solution ... which will in any case have nothing to do with what we know today on entry-level cards. If AMD is not too greedy on the pricing side, we can expect ultra-compact machines capable of performing very well even in front of the latest games.