Microsoft confirms the arrival of tabs in the file explorer A file explorer that will behave a little more like a web browser.

We told you about this two weeks ago, but it was only a hypothesis linked to a build reserved for members of the Windows Insiderprogram. As a general rule, what is added to these builds should be deployed more generally afterwards, but it was advisable to remain cautious. This time, there is no more ambiguity and it is Microsoft itself that confirmed the thing during a conference organized around hybrid work: a tab system will be well and truly integrated into the Windows 11 file explorer.

Why such an effervescence around what is, finally, only one feature among others? First of all, because the question of tabs has been settled for years by Apple, which integrated it into its macOS a long time ago. Secondly, because at Microsoft, this issue has raised a lot of debate. Thus, while the time was still Windows 10, Microsoft has already tried the thing. We were in 2017 and it was then about the Windows Sets feature that was to bring tabs to the whole system. 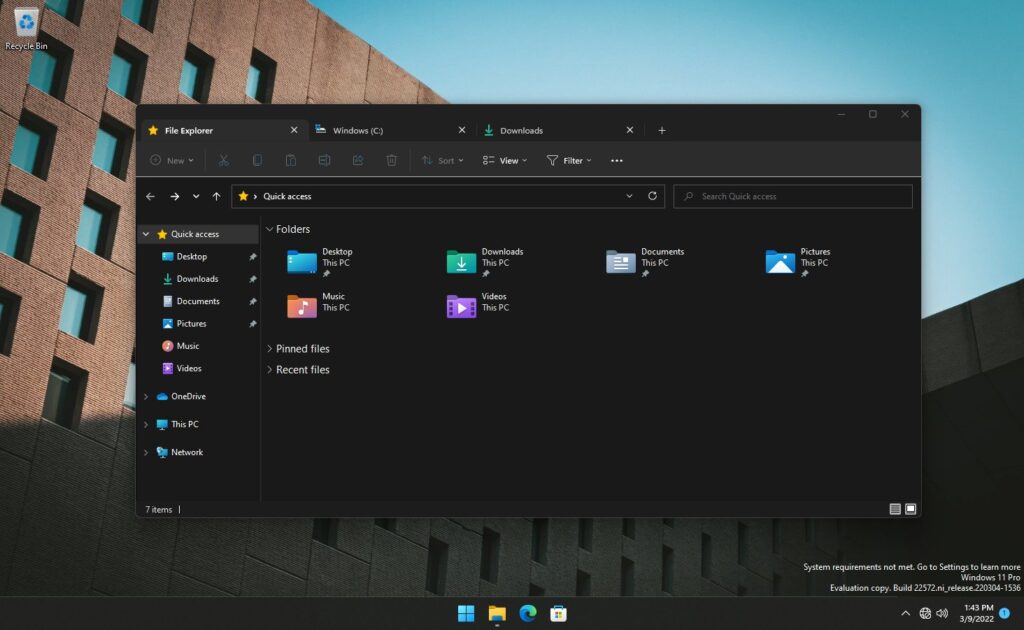 Several betas were made available, but users pointed out numerous bugs and compatibility issues that finally pushed Microsoft to stop the costs about a year later, during 2018. At the time, however, the American publisher made it clear that it was not giving up completely and if it was putting Windows Sets " on pause ", it was still thinking about a way to make the feature operational.

The way has obviously been found and if there is no question yet of revealing a firm date, tabbed browsing will be part of the Windows 11 program. However, the feature is not extended to the whole operating system: it is limited to the file explorer, which will behave a bit like a Web browser. Microsoft's idea is to place the tabs in the upper part, almost at the level of the title bar.

The tabs are placed next to each other and it will be possible to create a new one, but also to use drag and drop to place an item in a new tab or to move them. It is also possible to use the right click to play on the opening of a new element: either in a new window or as a new tab. Finally, it seems well planned to add two small navigation buttons when many tabs are open.