The Cupertino firm has been going from strength to strength since it started designing its own microprocessors.

Launched in November 2020, the M1 is a chip entirely imagined in the research and development offices of the Apple company. For the inventor of the iPhone, the idea is obviously to no longer depend on partners for the design of chips at the heart of its various systems and the M1 is thus the first processor to use an ARM architecture on Mac computers. However, it is not exactly a microprocessor, but rather what is called an SoC for System on a Chip. On a single integrated circuit, we must find the majority of the elements of a complete system from the microprocessor to the interface peripherals, including the graphics solution and the RAM.

Since its release, the M1 has been regularly praised by various observers for its energy efficiency and the power reserve it has. A success on which Apple has of course decided to capitalize with the successive releases of the M1 Pro and M1 Max, but which now takes on a particular dimension with the M1 Ultra. To make it simple, we can say that this last one is nothing else than the fusion of two M1 Max chips on a unique integrated circuit that we can describe as quite monstrous. To give just one figure, let's say that the M1 Ultra integrates no less than 114 billion transistors. 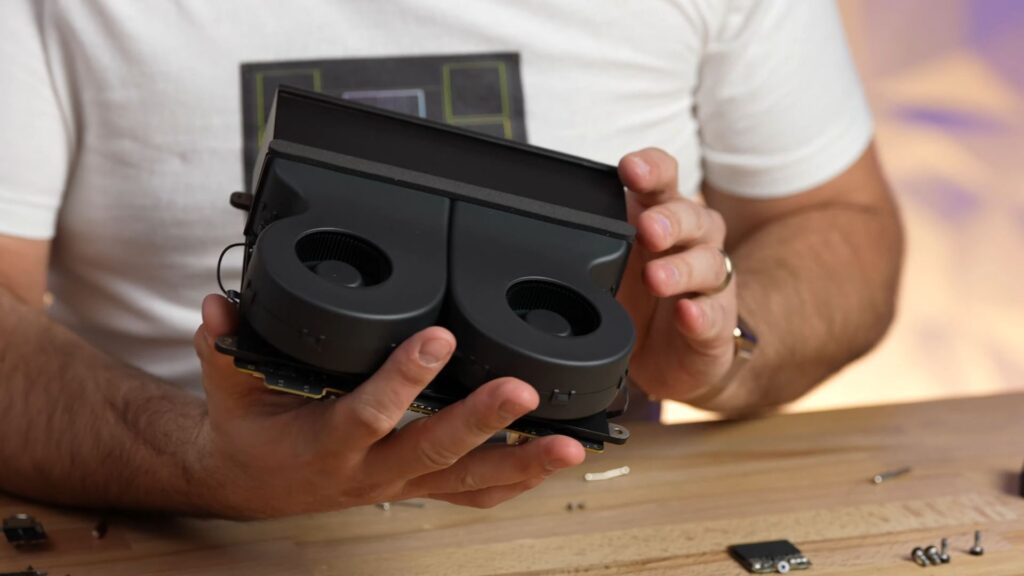 The M1 Ultra is primarily designed to power the Mac Studio, a machine for which Apple is aiming to square the circle: the computer must be very powerful, but also particularly compact while remaining remarkably quiet during operation. The M1 Ultra is the cornerstone of this success, and our colleagues at Max Tech set out to take the beast apart to get a closer look at its successful design before focusing, of course, on Apple's incredible SoC. 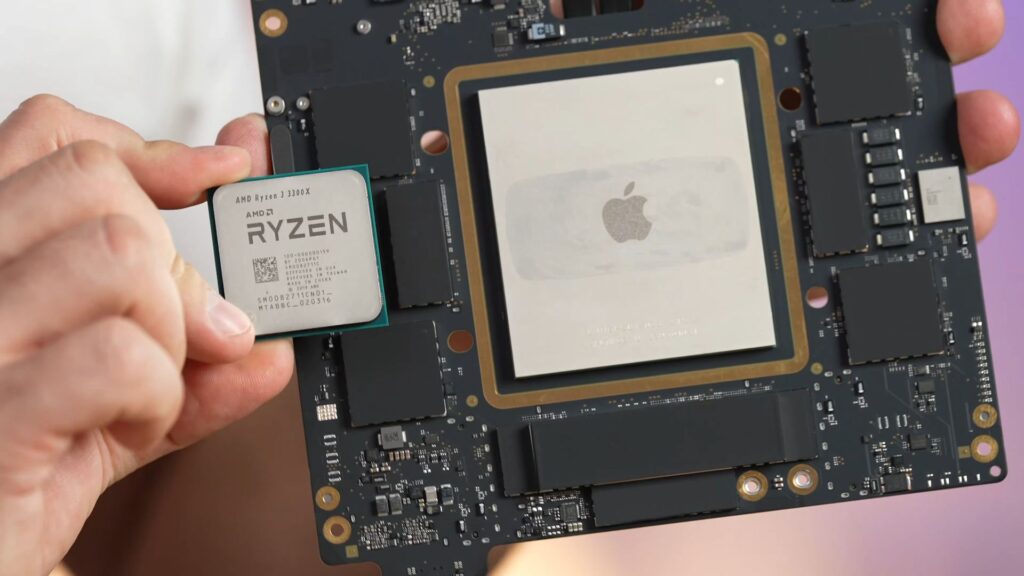 We invite you to watch the entire Mac Studio teardown video to see how efficiently Apple has integrated the various components. Here we're more interested in the M1 Ultra alone, an SoC with 10 CPU cores and 32 GPU cores for a total, as we said, of 114 billion transistors. Disassembling the Mac Studio allows us to take a closer look at the impressive cooling solution designed by Apple to keep its chip cool. Once the cooling solution is removed, Max Tech lets us see the impressive size of the SoC and even compares it to an AMD Ryzen 3 3300X processor... which looks ridiculously small.