Dragon Canyon: the "extreme" NUC (mini-PC) according to Intel A new generation of NUC to take advantage of the power of the latest Alder Lake processors designed by Intel.

When in 2012-2013, Intel launched the concept of NUC - for Next Unit of Computing - it aimed primarily to compete with Apple, which has been successful for several years with its Mac Mini. The NUC is therefore first and foremost a largely miniaturized PC. However, it is not a nomadic machine and its purpose is to free up space on the work surface while using "normal" peripherals (screen, keyboard, mouse, etc.) to take advantage, on a daily basis, of a work tool in line with our habits. 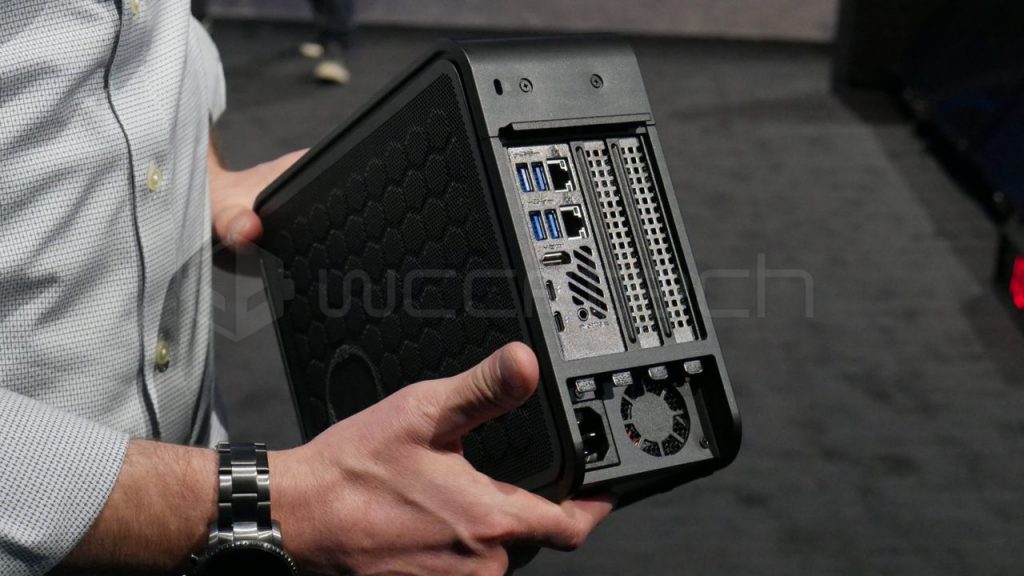 A previous model of NUC, the Ghost Canyon, was already powerful

Little by little, however, Intel has diversified its offer and, alongside ultra-compact NUCs with inevitably lower performance, it has begun to imagine more robust and larger models. Almost two and a half years ago, we mentioned the release of the Ghost Canyon NUC, whose case took up a volume of about 6 liters, but which could boast very powerful processors and the possibility of integrating a real graphics card. Ghost Canyon even evolved into Beast Canyon at the end of last year, but it should not last long.

Larger than Ghost Canyon, the NUC Dragon Canyon measures a little over 35 centimeters long for a volume of 8 liters. These dimensions allow it to integrate a better cooling system based on a triple fan solution and allows the use of graphics cards up to 30.5 centimeters long. On the other hand, these cards cannot occupy more than two PCI Express slots due to lack of space. Intel has made sure that the PCI Express is 5.0 standard, but it has not done the same for the 3 integrated M.2 NVMe slots. In addition, another new feature of Alder Lake has to give way: DDR5 is replaced by cheaper DDR4.

On the other hand, the Dragon Canyon NUC should provide top performance, while the qualities of the Core i7-12700 and Core i9-12900 are no longer to be proven and some testers have managed to integrate cards as powerful as GeForce RTX 3070. Beware, however, that Dragon Canyon NUCs are sold as a barbone with only the motherboard, power supply and CPU - you have to add RAM, storage and graphics card - and will still cost between 1,050 and 1,500 euros.