Sony presents the characteristics of its new virtual reality headset: the PlayStation VR2 While rumors had been talking about it for quite some time, Sony took quite a few people by surprise at CES 2022 in Las Vegas.

On October 13, 2016, Sony was hoping to bring virtual reality into the video game world through the front door. While many PC accessory makers had already presented virtual reality headsets, the market was struggling to take off and for many observers, Sony's push with its PlayStation VR was going to take it into another dimension. Technically, the product is interesting and some quality titles complete the offer. Unfortunately, several years later, we have to admit that virtual reality remains something of a secret: regular users are not so numerous and the studios are slow to appropriate the new medium.

Sony, on the other hand, has clearly not given up and for a few months now rumors have been multiplying about a successor to PSVR. The PlayStation VR2 was still far from being official and many specialists were already talking about its capabilities. Now, at CES 2022 in Las Vegas, Sony has taken everyone by surprise. But beware, there was no question of a real demonstration of its product: the Japanese company was content with multiple technical details, which are quite interesting in spite of everything. 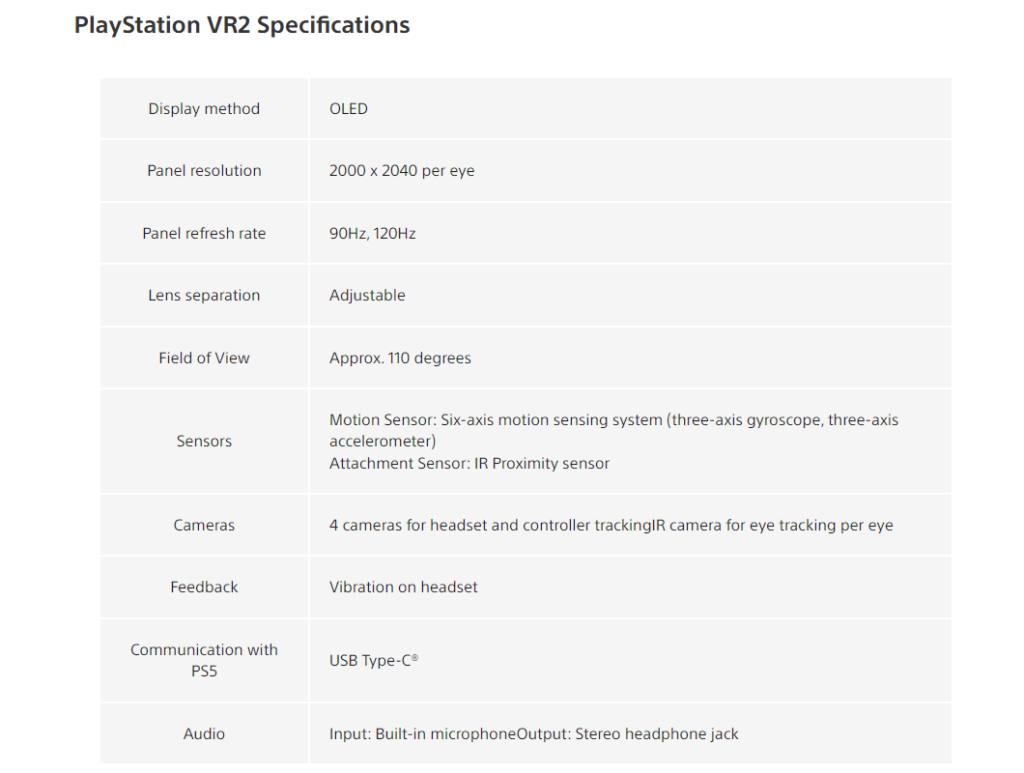 First of all, let's be clear, we have no idea of the price or the release date envisaged by Sony for the one that it officially calls the Playstation VR2. However, we already know that it will be accompanied by new controllers, the PlayStation VR2 Sense. The headset is of course intended as a companion to the PlayStation 5 and is obviously not designed to be connected to any other machine. The connection to the home console is done via a USB-C cable, which will be enough to broadcast the large amount of information related to the definition of the PSVR2: this one is not the champion all category, but with 2,000 x 2,040 pixels per eye through OLED screens, it has arguments. Indeed, this represents a nice increase over the previous generation: the PSVR was content with 960 x 1080 per eye.

Sony also mentions a refresh rate between 90 and 120 Hz and a field of view of 110 ° while the PSVR was limited on this point to 96 °. The Japanese company mentions other features as attractive as the presence of a motion capture system on six axes including a three-axis gyroscope and a three-axis accelerometer. The helmet is also equipped with four cameras so that its position in space is always perfectly known and an infrared camera is on the program to follow the user's gaze. 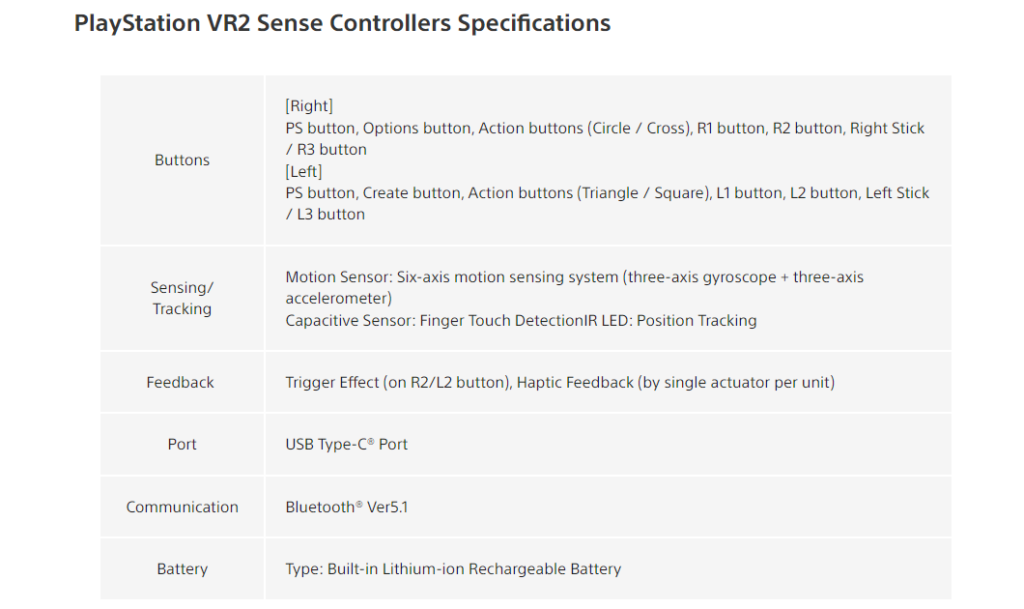 The PlayStation VR2 Sense controllers were also the subject of a small technical presentation, but the thing had already been mentioned a few months ago, so nothing really new. The main thing to note is that the controllers have inherited the haptic features and adaptive triggers of the DualSense controller of the PlayStation 5. Moreover, they will be battery-operated and Bluetooth 5.1 compatible.