Two machines that have been in operation for several months, which would give China a good lead over the United States.

For several years now, a real race for power has been underway between the United States, the European Union, China and Japan to see who will be able to deploy the first " exascale " supercomputer. In French, we speak of an exaflopian supercomputer, i.e. one that operates in a massively parallel architecture and whose computing power exceeds1018 flops. In 2020, there were no supercomputers of this caliber in operation in the world, and official information indicates no change in 2021. 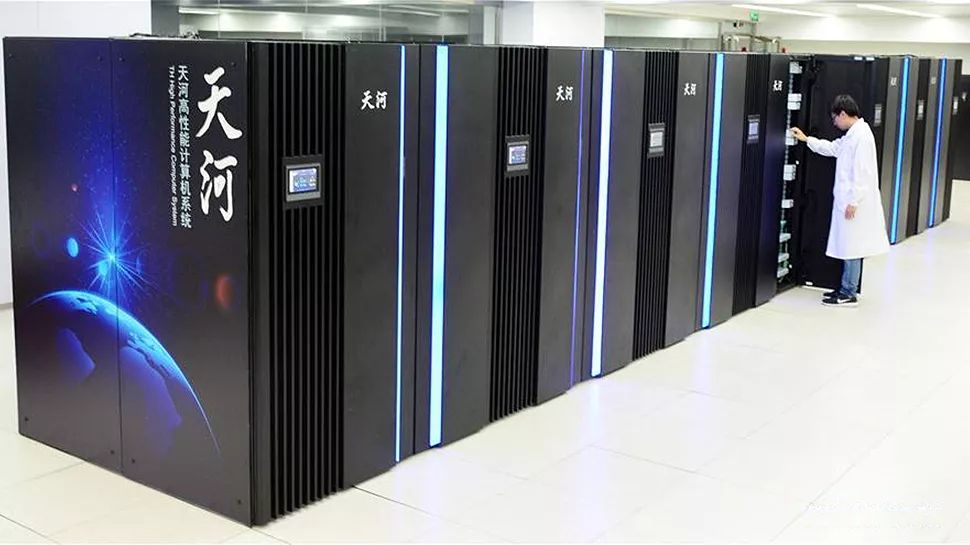 Thus, in the United States, the first machine at this level of power should be the Frontier supercomputer in Oak Ridge, which is still scheduled to come on line at the end of 2021. However, unofficial sources mentioned by TheNextPlatform mention two exaflopian supercomputers already in use in China. These two machines are not included in the TOP500, the ranking that lists the most powerful machines on the planet. In fact, this absence is not a surprise: given the growing tensions between the United States and China, the latter is not looking to divulge any sensitive information to its adversary.

The less powerful of the two supercomputers would be the Tianhe-3. It is located in the National Supercomputer Center in Guangzhou and deploys an Rmax computing power of more than 1 exaflops thanks to its Phytium 2000+ processors of ARM architecture. Next to this power monster, China has an even more powerful machine, the Sunway Oceanlite. It is located at the National Supercomputing Center in Wanzi. It is made of Sunway processors, of course. Although information is very scarce, some sources estimate the number of Sunway SW26010 processors on board this machine at more than 80,000. The little information available mainly mentions a power of 1.3 exaflops at the peak on Linpack.

For comparison, the Frontier supercomputer that the United States should put into service before the end of the year should result in a computing power of 1.5 exaflops peak. In the meantime, China would already have its supercomputers up and running.