When U.S. states block the marketing of "too greedy" PCs The increasing power and electrical demands of our modern computers is not without its problems and provokes more and more radical reactions.

Dell, a very popular American manufacturer - even from Texas - probably didn't expect such a blow in its own country. Indeed, the famous PC manufacturer has recently found itself unable to distribute some of its most powerful PCs in a handful of American states due to the implementation of increasingly strict legislation. A few days ago, several American media out lets detailed the misadventure: when one tried to buy an Aurora R10 or Aurora R12 PC from the Alienware brand - owned by Dell - one discovered this message: " This product cannot be shipped to the states of California, Colorado, Hawaii, Oregon, Vermont or Washington due to power consumption regulations adopted by these states. Any orders placed to these states will be cancelled.

As is often the case when it comes to environmental issues in the U.S., it all started in California. In order to regulate the electrical consumption of everyday goods, the Golden State has effectively put in place a draconian legislation which has been taken up by some other states... and the movement could gain other followers soon. The idea is actually quite simple as far as our PCs are concerned: machines have been categorized according to what is called theexpandability score (ES). In an extremely schematic way, machines with multiple expansion ports are given a higher ES score and the maximum allowed power consumption depends on this score. The problem for Dell is that the Alienware Aurora R10 / R12 are machines with state-of-the-art components, but with limited scalability. So they end up with a very low ES rating for a high power consumption. This was all it took for these PCs to exceed the newly established limits. 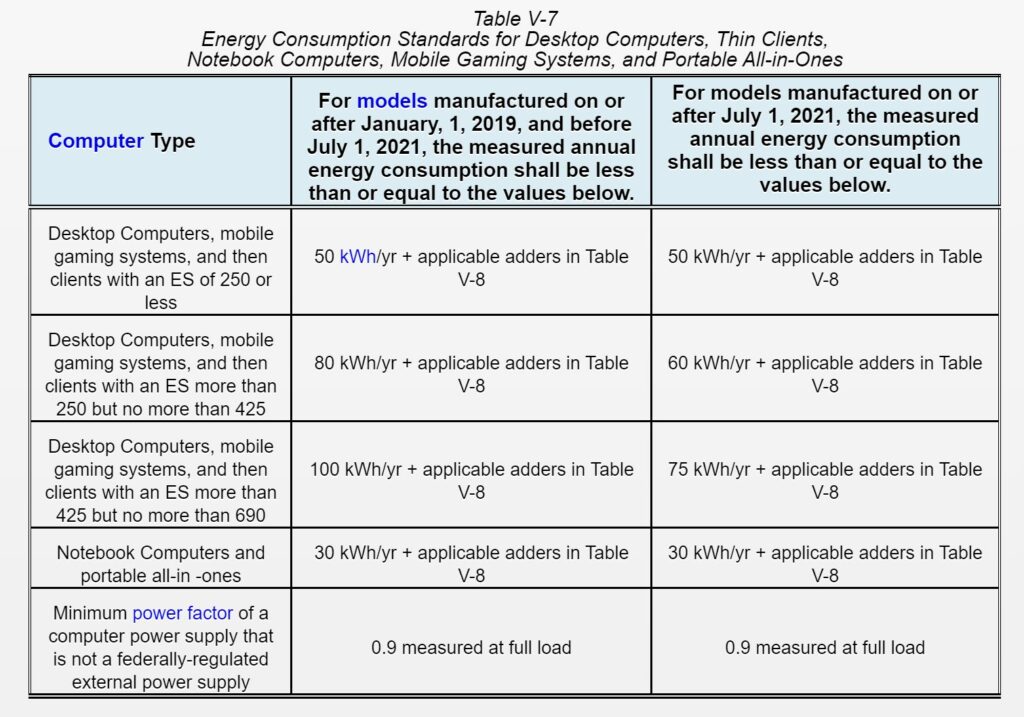 In addition, many state regulations are based on the Energy Star program, which focuses on the power consumption of electronic devices in different standby states. Knowing that in many homes, machines - especially computers and their peripherals - are in permanent standby mode, the idea is not stupid and should encourage manufacturers to redouble their efforts to limit the consumption of their products in standby mode, but not only. For example, several Youtubers have pointed out the power consumption of some PC monitors, especially models equipped with NVIDIA's G-Sync technology. For the moment, there is no question of a ban, but as environmental issues become more and more sensitive and personal computing solutions consume more and more power, things are likely to become very complicated, in the United States from now on, but surely in Europe as well.