Windows 11: some technical details on the TPM, a subject that "makes people angry Microsoft probably didn't communicate in the best way some of its technical recommendations related to Windows 11. We try to give you an update.

Shortly after making Windows 11 official on June 24, Microsoft released a lot of additional information. In particular, it made available to users a small tool called Windows PC Health Check that should allow you to check your machine's configuration and its suitability for Windows 11. The software can be downloaded from Microsoft's website and is very easy to install. It returns information as quickly as the publisher wanted it to be simple... perhaps a little too simple. 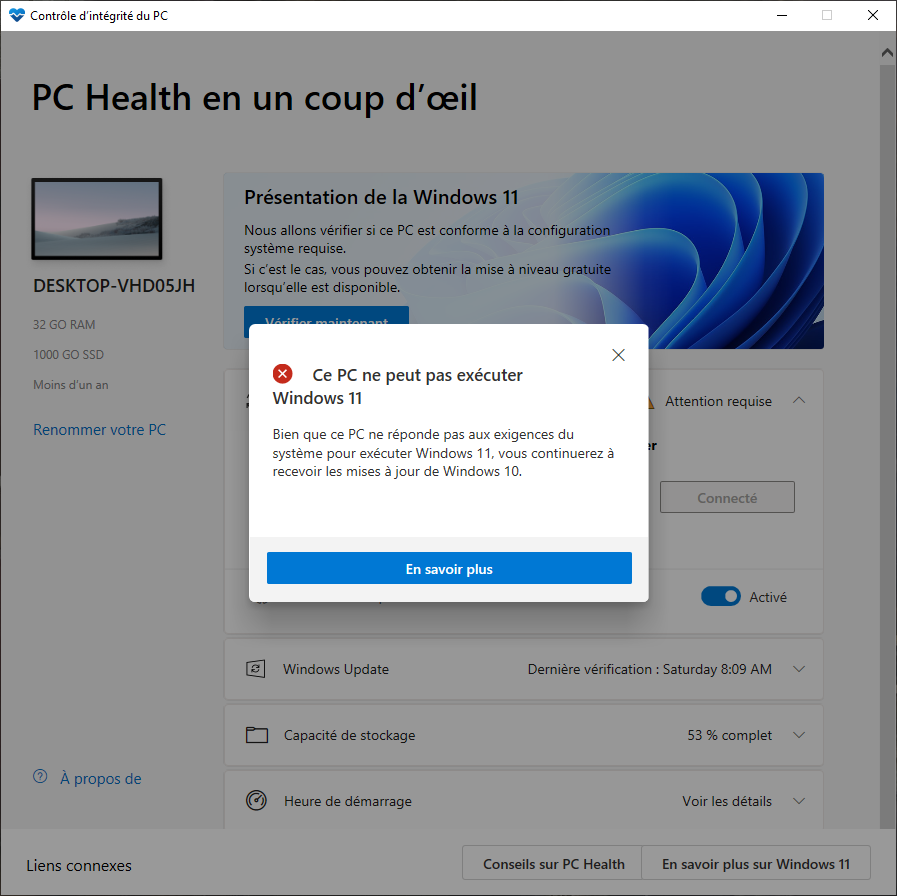 What a surprise it was for many users to see their brand new machine, or one they bought between six and eighteen months ago, being greeted with a rather blunt " This PC cannot run Windows 11 ". At first, the sentence comes as a punishment, but to make matters worse, Microsoft does not give any form of explanation for this result. However, the editor published the list of Windows 11 hardware requirements in parallel and many felt that the problem came from one line in particular: " Secure Platform Module (TPM) version 2.0 ". It should be noted that these famous TPMs are actually nothing new and even version 2.0 is already almost seven years old. The problem is that today it is mainly activated on company machines, and not just any machines. However, it is important to know that many machines sold for a few years now are "up to standard". Indeed, if at the beginning, the TPM was a small module to be inserted on a dedicated slot of the motherboard, other components joined the party. 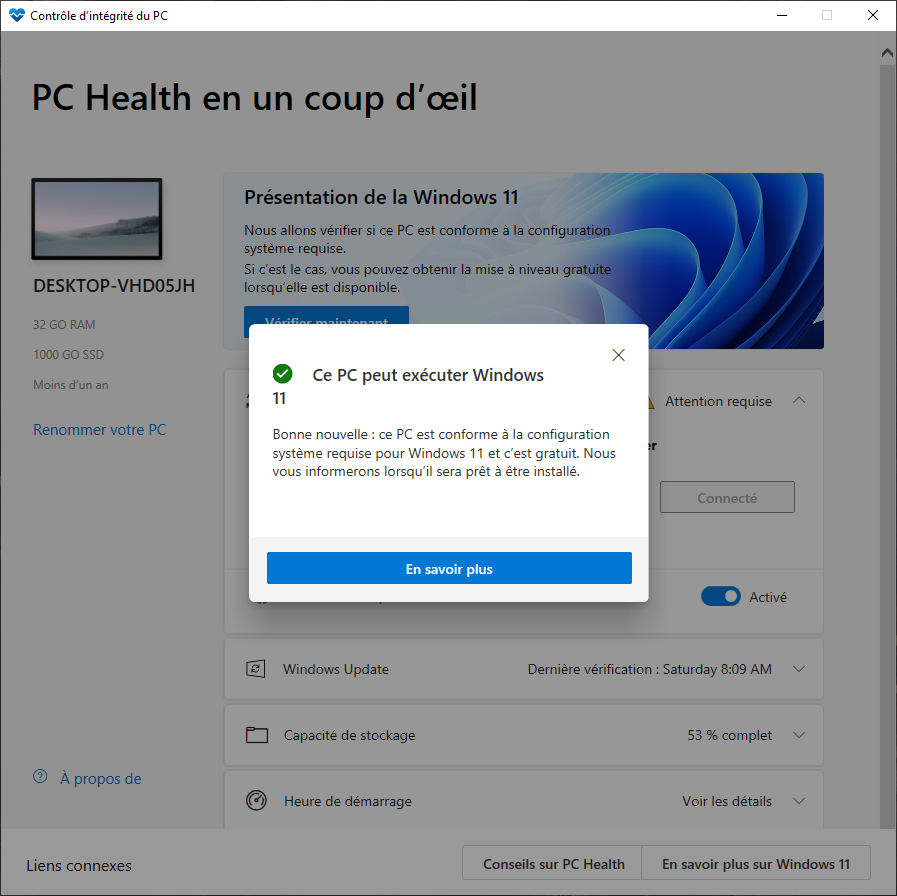 AMD and Intel have their own TPM 2.0-compatible solution and have deployed it on their processors. In the case of AMD, you need to activate the TPM firmware (fTPM), while Intel uses PTT or Platform Trust Technology. In both cases, this is done from the BIOS of the motherboard. You "just" have to look for the appropriate option and things can vary depending on the motherboard manufacturer, but it is usually in " CPU Configuration " in AMD or in " PCH-FW Configuration " in Intel. The fact is that once this procedure has been completed, the settings saved and the machine restarted, you usually get your "entry ticket" to Windows 11 via the Windows PC Health Check, which immediately becomes more accommodating. It should be noted, however, that this solution is only valid on relatively recent chips, and Microsoft has come up with a list of processors supported by Windows 11. A list that we find selective and that goes against the universality advocated by Microsoft. Would the editor be ready to cut itself off from so many machines when Windows 11 is released? To be continued..