A video game console that can run the Office 365 suite and all your daily work..

As Jez Corden explains for Windows Central, the joke is as old as Xbox consoles and our good old PCs. The journalist explains that a few years ago, while talking with Mike Ybarra, the corporate vice-president of the Xbox division, he was talking about the future of the console and what the support of Universal Windows Platform (UWP) applications could bring. The joke was that this could potentially allow Microsoft Office to run on the American's consoles. Well, the joke is not a joke anymore, so to speak. 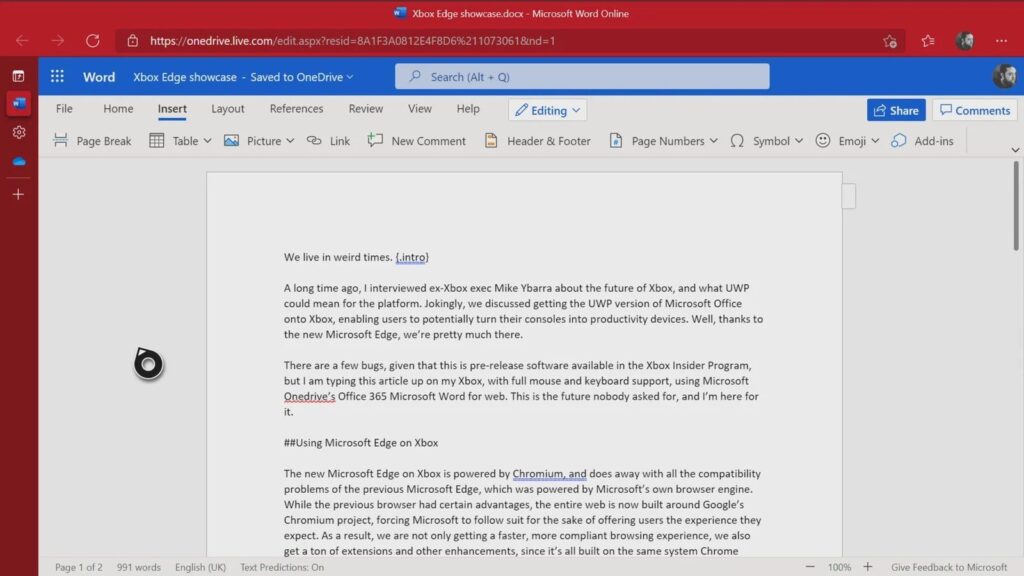 Microsoft developers have deployed a new version of Edge, the in-house browser, on Xbox consoles, which now has the good taste to run on the Chromium engine. The interest is obviously to have a faster, more responsive software. In the case of the Xbox console, however, this is not its only interest. Indeed, Jez Corden specifies that it is now possible to connect - and especially to use - a keyboard and a mouse. Of course, inherent to the fact that it is still only a pre-release, the new Edge browser is at the mercy of various bugs, but the thing is globally quite functional.

In fact, Jez Corden points out that this beta version of the Edge browser for Xbox includes all the features of its PC counterpart, including support for themes and vertical tabs. The most unexpected, but ultimately perfectly logical, feature is obviously the use of Office 365 via Edge. There, thanks to the support of the keyboard and mouse, the Xbox Series S - or to a lesser extent the X - is transformed into a mini-office PC capable of performing most of the tasks of a machine dedicated to running Microsoft Office.

Windows Central says that Microsoft will probably not try to develop this activity of its small home console. For example, there is no question of having a real file explorer on the console's interface and we imagine that the American company has many other, more entertaining projects for its machine. You must admit, however, that the thing is as amusing as it is original.