While the rollout of Windows 10 Sun Valley is not expected for several more months, its main new features are showing up one after another.

In a few weeks, Microsoft will roll out the 21H1 Windows update and a little later - in the fall - it will be the turn of the 21H2 update also known by the code name Sun Valley. This update should include many new features at all levels of Windows 10 and one of the latest features presented by Microsoft is none other than the redesign of the famous taskbar via the integration of a new panel designed to group news feeds from MSN and various widgets. 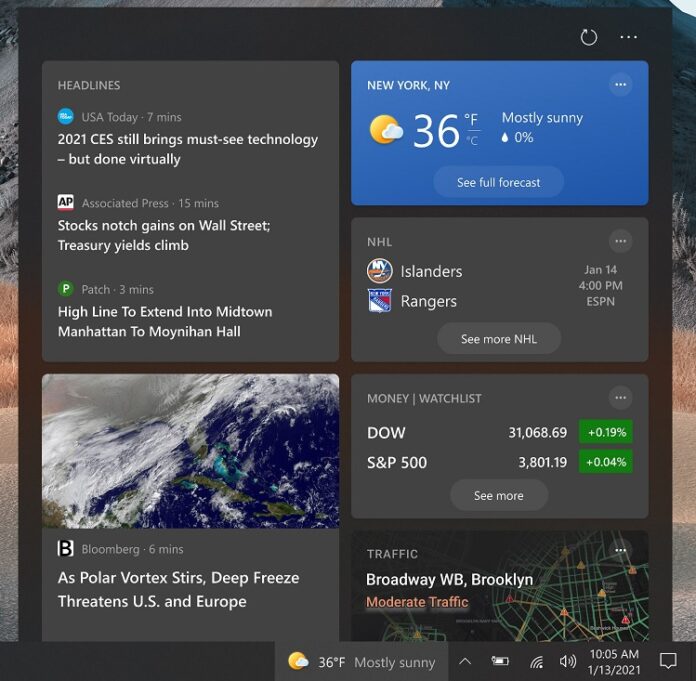 In a very logical way and in accordance with its habits, Microsoft is of course testing this feature before deploying it on a very large scale. To do this, as expected, it has indicated that it will enter older versions of Windows 10 via the release of two builds, 19043.962 and 19042.962. Builds that will respectively concern users who have respectively installed the Windows 10 21H1 update, but also those who are still running on Windows 10 20H2.

Of course, Microsoft has an idea behind the head with this deployment concerning old versions of Windows: asMayank Parmar explains for Windows Latest, it is to verify the proper functioning of the thing and to see if the feature has or not the adhesion of users while more profound interface changes arrive with Sun Valley, including via a new Start menu. For now, we know that the taskbar news widget should be largely customizable via Edge, adding MSN interests. Windows Latest adds that options related to the stock market, sports or weather will also be available and editable / removable via a card / tile system.