Microsoft Paint is about to enter the Microsoft Store Paint3D will finally give way to a returner... Paint, which Microsoft thought it could eliminate.

More than three and a half years or more than 1,300 days and the unstoppable Paint will finally come back through the front door. Remember, in the spring of 2017, Microsoft decided that the time had come to turn the page Paint, arguably one of the oldest modules of Windows. One of those that has accompanied users through all fashions, all eras, all versions. The editor was counting on the arrival of Paint3D. At that time, everything was "3D something" and Microsoft probably imagined that Windows users would all take their 3D pencil to their 3D software to imagine in 3D and come up with wonderful 3D creations. 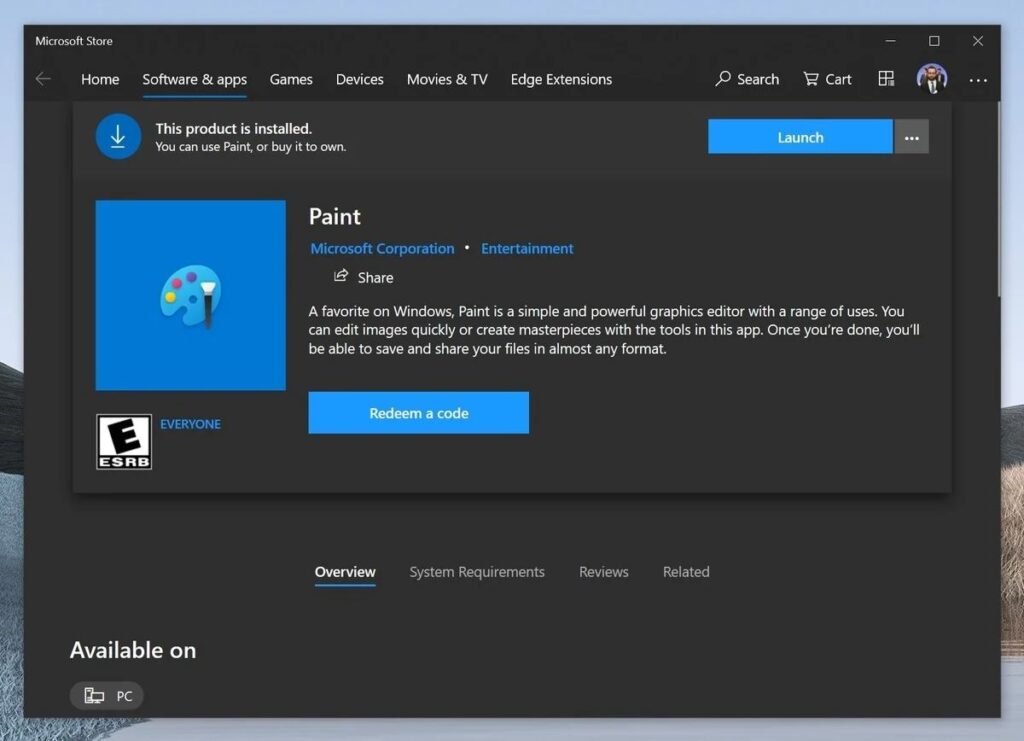 Microsoft then had the idea to draw a line - no pun intended - on the original Paint application. It had even planned to remove it from Windows and it did not seem likely that it would ever appear in the Microsoft Store.

But the trend has passed. Paint3D never convinced anyone but its own creators... and still. Microsoft has been forced to rethink its strategy and, for a few months now, Paint3D seems to be on borrowed time. At first, it was the love of many users for the original Paint that showed itself. Microsoft was actually pushed to a quick retropedal: as early as the summer of 2017, the publisher stressed that Paint was not abandoned througha flamboyant post " We still love Paint ".

Microsoft even announced that the famous software would " soon " make its return to the Microsoft Store... without us seeing anything coming. So we had to wait more than three and a half years or more than 1,300 days for Microsoft's promise to become a reality. We still don't have the exact date when Paint will be available on the Microsoft Store, but according to Windows Central, it's imminent and, of course, totally free.