Gomi: a Bluetooth speaker made from recycled plastic and bicycle batteries The British company Gomi has set out to distribute a small "eco-responsible" Bluetooth speaker.

Accessorist based in Brighton and Hove in the United Kingdom, the company Gomi has launched a few days ago on Kickstarter. The objective is to take advantage of the crowdfunding platform to test a new idea, a new approach. Gomi actually plans to put on the market a small Bluetooth speaker with an "eco-friendly" tendency. As the campaign slogan mischievously emphasizes, the Gomi Speaker is "powered by waste".

Aesthetically, the Gomi Speaker is a speaker like many others. Its shape is quite classic, without any real originality except in terms of colors with a little bit of colorful shades as this finish called " birthday cake ". The speaker syncs most simply in Bluetooth, but also has an auxiliary input and a USB-C port for charging. A recharge that should take a maximum of two hours to offer an estimated autonomy of 20 hours. 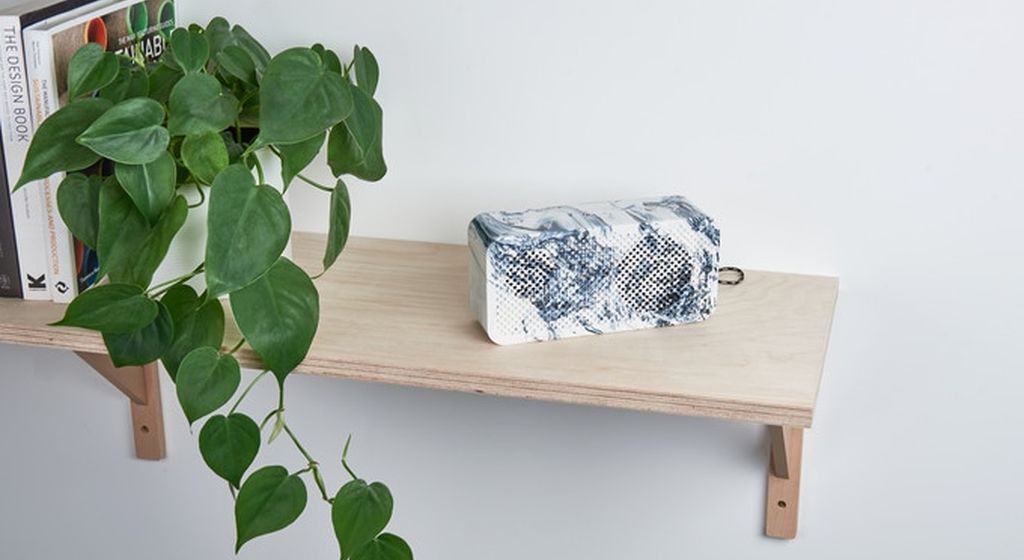 It is precisely at the level of this autonomy that things become very interesting since Gomi relies on used batteries of the Lime group that it recovers and reconditions. Lime produces and sells electric bikes whose batteries - at the end of their life - are not thrown away. They are collected by Gomi who uses the cells that can still be used to design its own batteries, which are then placed in the Gomi Speaker.

For good measure, the speaker's casing is also made of recycled materials, plastics in this case, which are recovered mainly via plastic bags. All in all, and even if the electronics are not yet made from recycled materials, this is probably a much greener product than any Bluetooth speaker currently on the market. Gomi has just launched its Kickstarter campaign and has already collected four times the initial goal (4,617 euros). The Gomi Speaker should see the light of day in November 2021 if everything goes as planned.