The shortage of graphics cards is causing some users to turn to buying laptops to create new mining farms.

While some of the most famous cryptocurrencies - Bitcoin in particular - tend to use ASICs to mine new units, others continue to rely on more ordinary computer components. This is the case with Ethereum (ETH), which can be mined with a "dumb" graphics card. Entire mines have been set up in many countries around the world where graphics cards are installed in series and used to mine cryptos. The profitability of such an operation is obviously linked to the price of cryptos, but for several months the latter have reached peaks. 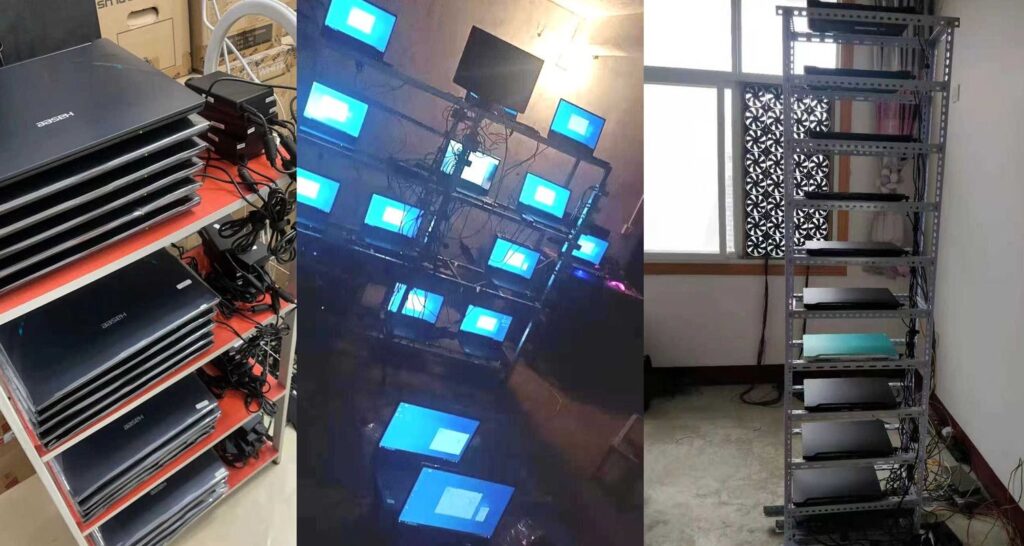 The demand for graphics cards has, logically, never been so strong among crypto miners leading to a monumental shortage even though NVIDIA on the one hand and AMD on the other have marketed their best cards for several years. With new products, the production lines are not yet at their full potential, but this double demand - from gamers on one side and miners on the other - is at the origin of this shortage. In the opinion of companies like NVIDIA and AMD, the situation is not expected to improve until the second half of 2021 at best.

To find a solution to this "problem", cryptomineers have turned to other products: laptops equipped with powerful graphics cards, in this case especially the RTX 3000 series that has just debuted in mobile version. Massive purchases of laptops are thus reported by VideoCardz which, with photos, shows us farms of a different kind where laptops are "crammed" to mine ETH. Such is the efficiency of these laptops for cryptos that VideoCardz takes the example of Fish Pond F2pool, a content creator on Bilibili. She says that she plugged her laptop into the wall of a Starbuck's and "mined" her drink - a silly coffee - while she drank it quietly in the establishment (2 hours).