Microsoft continues to evolve its operating system by smoothly adjusting the ergonomics of each of its components.

It will soon be five years since Microsoft launched Windows 10 on the market. It will soon be five years that the operating system evolves essentially at the rate of the two major annual updates planned by its publisher. According to Microsoft, there should never be a question of a Windows 11: the OS is constantly completing itself, modernizing itself. So, with the latest build - 21286 - Microsoft has introduced a seemingly minor new feature, but one that shows that even what may seem to be a detail is bound to move, to change. 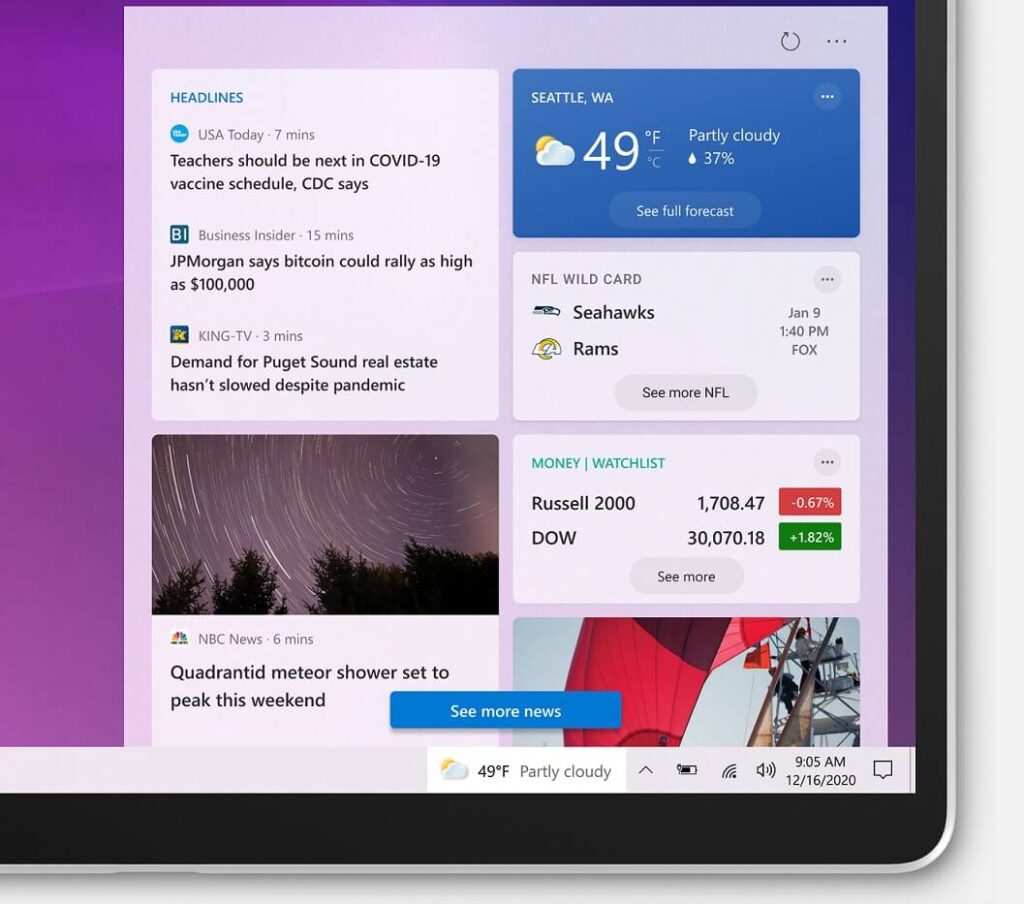 Thus, in this build, which is still reserved for English-speaking insiders, Microsoft has redesigned part of the Windows 10 taskbar. The idea here is to add a dual functionality through what is called a widget. This is a small, perfectly optional program dedicated to a specific task, usually cosmetic or informative. In this case, it's the latter. Indeed, just like the contact button that Microsoft added a short time ago, an additional button takes care of displaying the current weather of a place previously defined by the user.

Better still, a click on the button brings a second functionality: a foldable news feed that can be customized directly into the OS. The complete options of this additional module are obviously still to be defined, but Microsoft already indicates that it uses more than 4,500 sources to update this news feed and that it will of course be possible to adjust the type of content returned. For the moment, this adjustment only involves " more / fewer stories like this ": we obviously hope that Microsoft will switch to major themes soon.

Still largely in development, this feature evolves regularly according to the ideas of its developers and feedback from insiders. There seems to be no question of a large-scale deployment before, at best, the major update of October 2021.